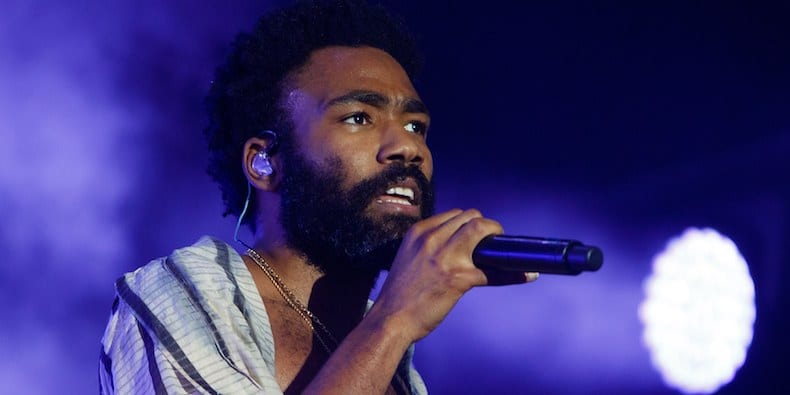 Hip-hop/funk artist Childish Gambino has released two singles, but only to fans who purchased tickets to his “This Is America” tour.

Ticket holders received a special email from Live Nation with a note from Gambino himself. 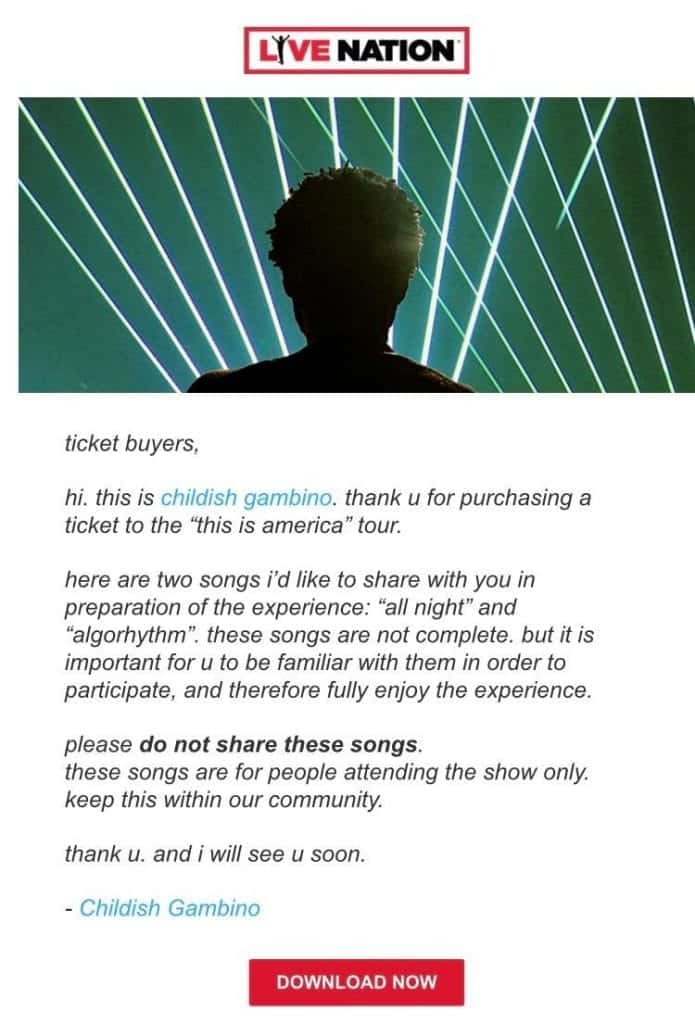 Gambino, known off-stage as Donald Glover, noted that while these tracks aren’t completely finished yet, it’s important that his fans are familiar with them to “fully enjoy the experience” at a show. Although he asked his fans not to share the songs, and “keep this within our community,” they have already been leaked. “All Night” made its way to YouTube, and “Algorhythm” can be heard here.

This Is America tour kicks-off today in Atlanta, Georgia. During the first part of his trek, Gambino will be joined by Rae Sremmurd and will make stops in cities like Boston, New York, Philadelphia, Washington, D.C., Houston, and Seattle before wrapping-up in Vancouver, British Columbia on September 30. From October 2 to November 25, Gambino will tour with Vince Staples, making stops in California, Arizona, Colorado, and Tennessee before heading to Auckland, New Zealand.

The tour will be his first complete trek since 2016’s “Awaken, My Love!” and will follow the 2018 singles “This Is America,” “Feels Like Summer,” and “Summertime Magic.”

Check out Gambino’s full list of tour dates below.