R. Kelly Pleads Not Guilty To 10 Counts of Sexual Abuse 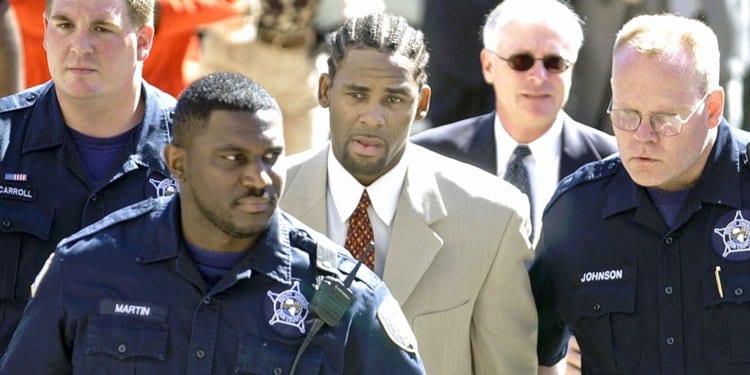 UPDATE: As of Monday evening, R. Kelly was released on bail after posting $100,000 bond. As of Tuesday afternoon, the German venue Ratiopharm Arena cancelled Kelly’s upcoming concert in April.

R&B star R. Kelly, who was arrested over the weekend on 10 counts of sexual abuse, pleaded not guilty this morning on all counts.

R. Kelly has been under fire this year after Lifetime aired the six-part docuseries Surviving R. Kelly, which outlined all of the singer’s sexual assault allegations over the past 20 years, including alleged affairs with underage girls. Following the docuseries, the FBI launched a criminal investigation against Kelly. Last week, celebrity lawyer Michael Avenatti obtained a video showing Kelly having sex with a 14-year-old girl, which he gave to the Cook County State’s Attorney Office, The New York Times reports.

On Friday, Kelly was indicted and turned himself in to Chicago police. His bond was set at $1 million and to leave custody, he would have to pay $100,000. However, Kelly couldn’t afford bond as he is facing financial issues at the moment, including unpaid rent and unpaid child support. So, Kelly will stay at Cook County Jail for the time being as he awaits trial.

Kelly’s sexual allegations date back to 1994 when he married a girl who turned out to be 15-years old. Throughout the years, he’s been accused of child pornography, “knowing and intentionally infecting” a woman with an STD, and domestic violence. Additionally, victims have spoken out about Kelly holding an alleged “sex cult” in his Atlanta home where he brainwashes both teenage girls and adult women.

“I believe all the women are lying,” Kelly’s attorney, Steve Greenberg told FOX.

Just last week, two additional women came forward at a news conference in New York, claiming that they met Kelly and agreed to have sexual relations with him when they were 16 and 15-years-old.

“We’re glad to see the allegations against R. Kelly are being taken seriously and hope that these charges empower victims to come forward,” Rainn, the Rape, Abuse and Incest National Network, said in a statement. “The survivors who shared their stories showed admirable courage and strength.”

While the #MuteRKelly campaign has been successful in shutting down a handful of Kelly’s concerts across the country, the singer had no trouble booking shows overseas. He is slated to perform a run of sold-out shows throughout Germany this spring; the European fans were so supportive that one of his shows had to be moved to a bigger venue. At this time, it is unknown whether this tour will be cancelled or postponed in light of these new findings.