Netflix’s Queer Eye has returned for a third season, and grooming expert Jonathan Van Ness is continuing to steal the hearts of fans with his funny and charming personality. He’s extending his comedy tour this fall, making stops in even more cities.

Van Ness is scheduled to kick-off his “Road To Beijing Tour’ next month in Homestead, Pennsylvania, followed by shows in cities like New York, Chicago, Los Angeles, and San Francisco before headed to the UK and Ireland in October. He’s just added additional shows; in June, he’ll stop in Atlantic City, and throughout November and December, he’ll appear in cities like Orlando, Charlotte, Boston, and Dallas before wrapping-up in Houston, Texas on December 7.

Queer Eye, which was revamped in 2018 following the 2003 show Queer Eye For The Straight Guy, follows Van Ness, along with Antoni Porowski, Karamo Brown, Tan France, and Bobby Berk. The “Fab Five” travel to various small towns across the southern U.S. and help people gain control of their life again. The team uses their different strengths to help clients repair their home life, grooming etiquette, cooking skills, relationships, and style. The series has a five-star rating and has the country buzzing with excitement.

The new dates will follow the release of Van Ness’ memoir, Over The Top. The book, which is scheduled to drop September 24, will delve into his upbringing in a small, midwestern town and the judgement that ensued.

“Jonathan Van Ness has made millions of people all over the world smile, embrace their uniqueness, and own their individuality,” editor Hilary Swanson said in a statement. “Now it’s time for us to return the favor as he reveals his own truth. Jonathan’s journey is at times hilarious, at times harrowing–and always refreshingly honest. I could not be more proud to help share his incredible story and show readers how to take their own struggles and turn them into something beautiful.”

Check out Van Ness’ full list of tour dates below. 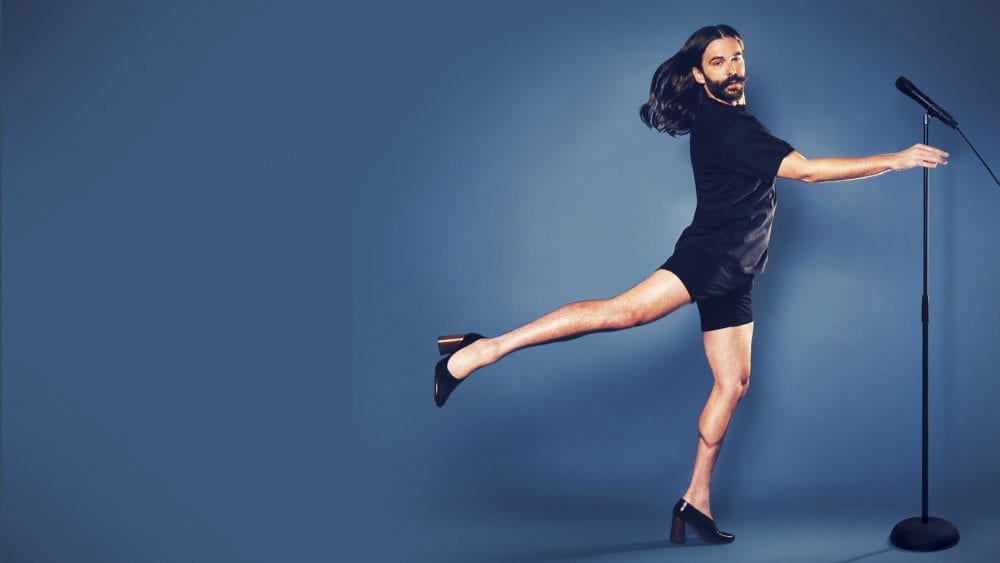