The musical a capella group Straight No Chaser are headed out on tour this fall in support of their latest record, One Shot.

One Shot dropped last November via Atlantic Records. The LP features Straight No Chaser’s take on pop and soul classics like Ricky Martin’s “Livin La Vida Loca,” Fleetwood Mac’s “Go Your Own Way,” and “James Brown’s “Papa’s Got a Brand New Bag.” The album also includes a mash-up of Boyz II Men and Montell Jordan titled “Motownphilly/This Is How We Do It.” One Shot follows their 2015 record The New Old Fashioned and their Christmas album I’ll Have Another, released in 2016. They are best-known for their renditions of “Rhythm of Love/Can’t Help Falling in Love,” “I’m Yours/Somewhere over the Rainbow,” and “Shut up and Dance.”

Check out the group’s full round of tour dates below. 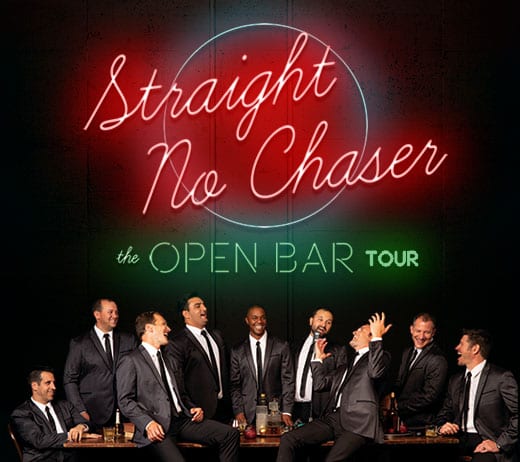 Last Updated on May 9, 2019 by Olivia Perreault