The iconic popstar and actress Barbra Streisand will return to New York City’s legendary Madison Square Garden for a show this August — 13 years after she last performed at the famous venue.

The show will take place on August 3, and tickets to the outing will go on sale Monday, June 17. While VIP packages have not been announced at this time, the concert will definitely be a hot commodity, as Streisand has sold out 68 performances in the last 20 years, according to Pollstar. Her last 14-date tour, which spanned across 2016, garnered around 13,618 tickets and $3,543,438 in sales per show, data from the publication shows.

Although she now resides in California, Streisand still has a love for New York City.

“There are no fans like New York fans and I can’t wait to return to Madison Square Garden to perform some new songs, some old songs and anything I find in between,” Streisand said in a press release.

Streisand is a force of nature in her own right. Throughout her career, she’s released 52 gold, 31 platinum, and 13 multi-platinum records, scoring five No. 1 singles: “The Way We Were,” “Evergreen,” “You Don’t Bring Me Flowers” with Neil Diamond, “No More Tears” with Donna Summer, and “Woman In Love.” She is one of the few musicians who successfully crossed over into the acting world as well, earning an Oscar, Tony, Emmy, Grammy, Directors Guild of America, Golden Globe, National Medal of Arts and Peabody Awards, along with the American Film Institute’s Lifetime Achievement Award. Additionally, she received the Presidential Medal of Freedom from President Barack Obama in 2015.

This past November, Streisand released her 36th studio album, Walls, which debuted on the Billboard 200. This is her first since 2014’s Partners and Encore: Movie Partners Sing Broadway from 2016. Along with the show at Madison Square Garden, Streisand can be found headlining the U.K. British Summer Time festival in London’s Hyde Park on July 7. 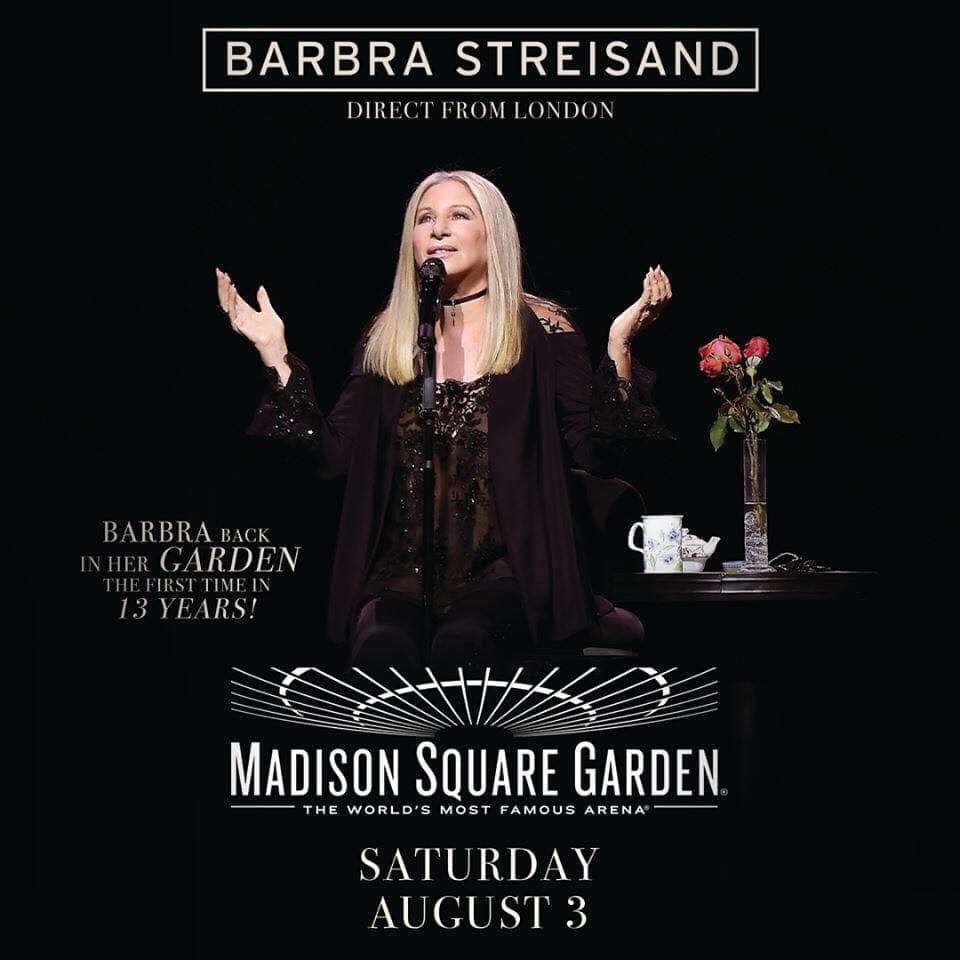