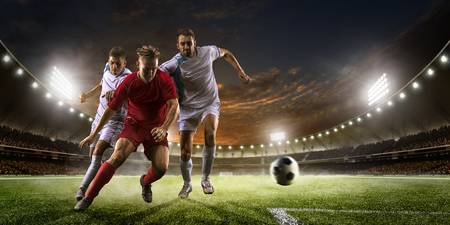 CONCACAF services 41 Member Associations, from Canada in the north to Guyana, Suriname and French Guiana in the south. The 2019 CONCACAF Gold Cup is the 15th edition of the soccer tournament. San Francisco 49ers pre-season ticket sales surged into the number 18 spot. American football fans also scrambled to purchase tickets for the Dallas Cowboys vs. Washington Redskins game in December, along with the LA Dodgers against the San Francisco Giants.

In music, “Rocket Man” Elton John and superstar Jennifer Lopez were the top sellers in their industry, followed by venerable rock-n-roll bands the Eagles and Guns N’ Roses. The latter’s long hiatus and band separation has done nothing to quell their fan’s need for more GNR. The “Welcome to the Jungle” performers announced eight new U.S. tour dates to take place from September 25 to November 2 this year, concluding with two intimate Las Vegas appearances. It adds to rumors that more American shows would be announced for the Not in This Lifetime road trip, which began in 2016 and marked the return of prodigious guitarist Slash and bassist Duff McKagan to the lineup. The new dates take place ahead of the time the band supposedly scheduled to be working on a new album, according to Ultimate Classic Rock. Other ranking musicians and performances include the Broadway smash hit Hamilton, Ariana Grande and Paul McCartney.

Click on any of the links below to find tickets to the best-selling events or visit ticketclub.com to search for any upcoming events and find tickets with no service fees for members.