Merriweather1 Merriweather Post Pavilion4 Venue45 Woodstock22 Woodstock 5027
In a last-minute attempt to save the anniversary event, Woodstock 50 organizers have moved the festival from Upstate New York to Columbia, Maryland. Howard... 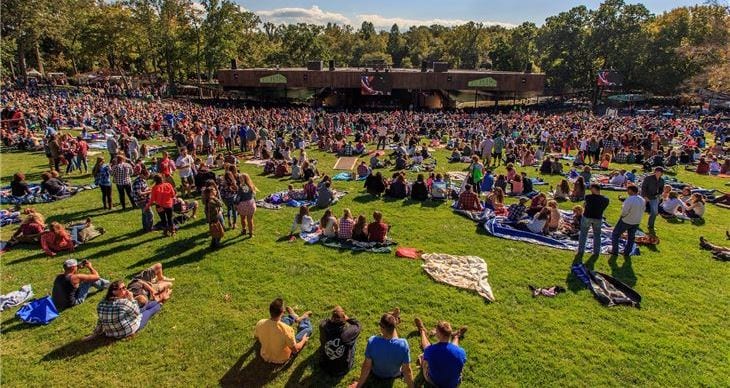 In a last-minute attempt to save the anniversary event, Woodstock 50 organizers have moved the festival from Upstate New York to Columbia, Maryland.

Howard County Executive Calvin Ball announced the news Thursday night during a news conference, noting that the city is “a place where we’re known for our music festivals.”

“We’re a place that supports and celebrates arts and culture,” he said during the conference. “In Howard County, we have the vision, we have the fortitude to make things happen.”

Merriweather Post Pavilion, an outdoor amphitheater that can accommodate up to 32,500 people, held large festivals in the past like Sweetlife, M3 Rock Festival, and the Summer Spirit Festival. Seth Hurwitz, Chairman of the company that operates Merriweather, I.M.P., said in a statement that Woodstock 50 organizers are still in the midst of securing artists, however, said that “if the bands come, we’ll produce the show.”

Just as the new venue was announced, two headlining artists backed-out of the event. Hip-hop star Jay-Z, a top-charting artist in the industry, will reportedly no longer perform at the festival, the Associated Press reports. Additionally, Woodstock veterans John Fogerty and Creedence Clearwater Revival will not attend the event. These artists follow The Black Keys’ cancellation earlier this year.

While the festival finally seems to be back on track, there are many questions still up-in-the-air. Tickets were supposed to go on sale in April, but are still not available, and the festival lost its financial backer in April. Their last production company backed out and they failed to secure a permit to hold the fest at Vernon Downs earlier this month after losing their original venue in Watkins Glen. It is unknown if the artists have been paid or if they will still perform; Halsey, The Killers, Miley Cyrus, Santana, and Dead and Company are supposed to take the stage during the three-day event.

The festival, set to take place from August 16 to 18, is just weeks away. However, co-creator Michael Lang believes they still have a shot, recalling how the original festival still pulled itself together last-minute before the legendary event commenced in Bethel.