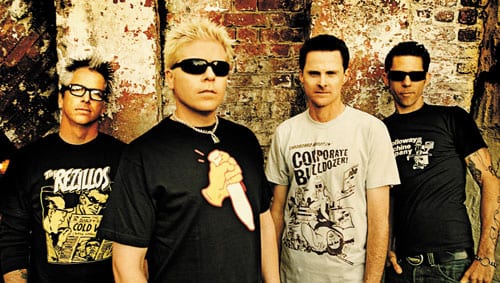 The Offspring Performs Virtual Concert Inside ‘World of Tanks’

Concert78 punk rock3 The Offspring8 Video Game5 Virtual Concert15
The punk-rockers of The Offspring are the latest band to perform a virtual show inside of a video game. They took the stage inside...

The punk-rockers of The Offspring are the latest band to perform a virtual show inside of a video game.

They took the stage inside World of Tanks, the free mobile game revolving around World War 2, this past Wednesday. While some fans may have missed the band performing on the virtual stage, they can still catch the performance by adding the concert to their “garage” within the game.

“The Offspring performance at Tanker Day was a blast!” World of Tanks said in a tweet Wednesday night. “If you couldn’t make the show, we’ve got you covered. From today until Oct 7th, we’ll assemble a virtual stage in the Garage. To enjoy the show, click on the stage behind your tank.”

Take a look at the concert here:

Virtual concerts are an ongoing trend; earlier this month, the metal band Korn performed inside AdventureQuest 3D and back in April, Marshmello broke the record for having the biggest turnout in the virtual world when he played for over 10 million concurrent users inside of the smash-hit game Fortnite.

While the concept of virtual concerts aren’t new – the Royal Liverpool Philharmonic played in the game Second Life in 2007, followed by U2 in 2008 and Minecraft’s “Coalchella” in 2018 – it’s definitely something we’ll see more of in the coming years.

The Offspring are gearing up for a tour across South America and Canada this fall. Visit Ticket Club to grab tickets to see the group at a show this year.