Metallica To Headline Five Music Festivals Across US In 2020

The iconic heavy-metal rockers of Metallica can be found headlining a handful of U.S. rock festivals next year.

The group has been teasing a special announcement over the past week with a countdown clock and mysterious video clip. Then, they revealed the news. Metallica will headline five music festivals, presented and produced by Danny Wilmber Presents, in 2020: Concord’s Epicenter, Welcome to Rockville in Daytona beach, Sonic Temple in Columbus, Louisville’s Louder Than Life, and Sacramento’s Aftershock.

Danny Wilmer explained in a press release that “Metallica isn’t just another headliner.”

“When Metallica takes the stage, it’s an event,” he said. “It’s an experience. That’s the same standard we’ve set for every DWP festival — from the first band to the last band, and everything that happens in between. I can’t wait to bring the biggest band in the world to the biggest rock festivals in America.”

Metallica was named the top-selling band in the world earlier this year, bringing in around 1.4 billion in sales and selling over 22.1 million tickets since 1984, Pollstar reports. Since 2016, the group has been touring across the world in support of their latest record, Hardwired…to Self Destruct. They had to postpone tour dates in Australia and New Zealand when lead singer James Hetfield entered a rehab program for substance abuse this fall. However, the group is still slated to headline a benefit show in San Francisco next March, as well as a South American run in April.

Throughout next year, Metallica will only play these five festivals, where they’re slated to perform two separate sets over two nights. No other acts for these festivals have been announced at this time.

Check out the full festival schedule below. 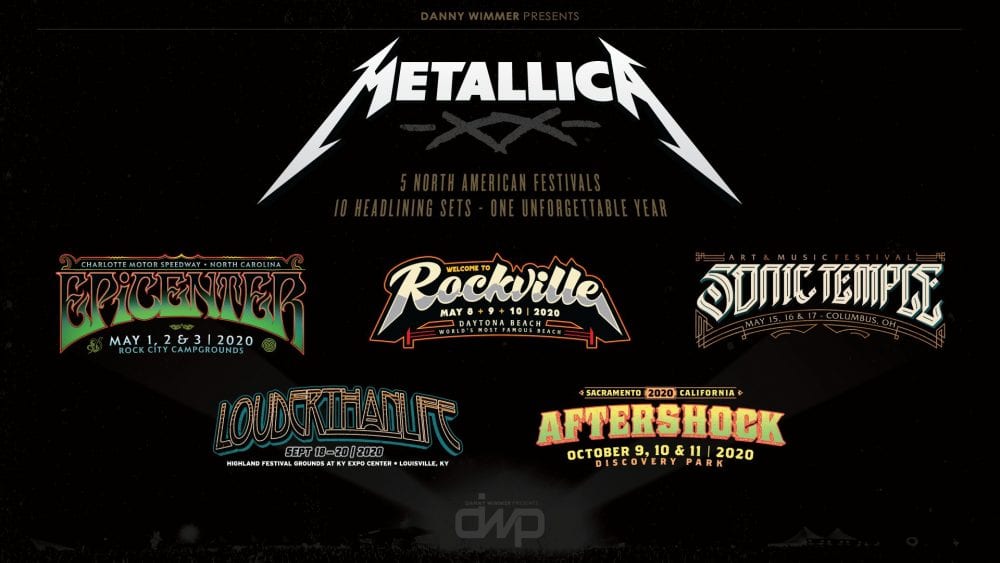