Peach Music Festival announced its plans for a 2021 run in early July, vying to be the earliest large-scale music festival as live events return. The event, held at Montage Mountain in Pennsylvania, is headlined by Oysterhead, The String Cheese Incident, Joe Russo’s Almost Dead, Warren Haynes, Umphrey’s McGee, Moe, and many others spread out over its July 1-4th timeline. The festival also promises a 4th of July celebration complete with fireworks.

The headlining acts are all held over from the cancelled 2020 festival, and those holding passes from that event will see them honored for the newly rescheduled affair this summer.

Tickets are available now, with multiple tiers for sale depending on the level of access festival-goers want. General Admission passes begin at $179 for a 4-day run, or $239 including camping. That gets access to the festival grounds for all performances, as well as access to the Montage Mountain water park – which could prove useful in July. The next tier is “reserved” which begins at $379/$439 including camping, which adds a reserved seat closer to the stage for headliner performances than general admission tickets grant. VIP access begins at $599/$659 including camping, which brings a reserved seat closer to the stage than the reserved, as well as access to a “VIP club” as well as private restroom access and meal/drink vouchers. There is also a “super VIP” level at $1100/$1160 per ticket.

Oysterhead, which features Trey Anistasio of Phish, Les Claypool of Primus and Stewart Copeland of The Police, is the top-billed headliner. Other highlights include a celebration of the 50th anniversary of the release of the seminal live recording At Fillmore East by the Allman Brothers. The full lineup is available in the graphic below: 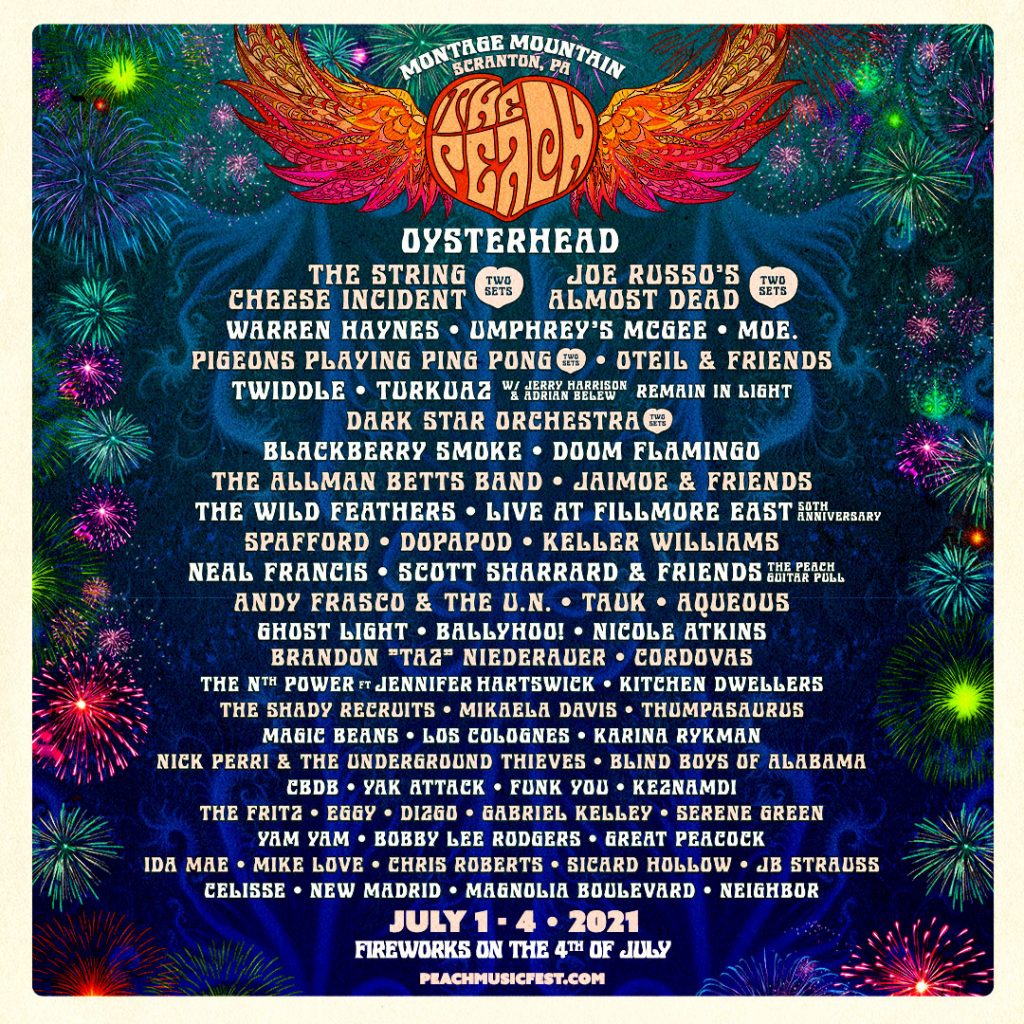