The inaugural Sound On Sound Festival lineup will feature Dave Matthews & Tim Reynolds, The Lumineers, and Stevie Nicks as headlining acts, organizers announced this week. The event, which takes place at Seaside Park in Bridgeport, Connecticut, is scheduled for September 24 and 25.

Beyond the trio of headliners, the festival also announced Brandi Carlile, The National, Father John Misty, Black Pumas, Ziggy Marley, Gary Clark Jr., The Head and the Heart, Caamp, Zach Bryan, Band of Horses, Jenny Lewis, Spin Doctors, Noah Kahan, Trampled by Turtles, Jade Bird, The Main Squeeze, Geese, Trousdale, The Cameroons, Drew Angus, and more for its inaugural lineup. With no overlapping set times on the schedule across 2 stages, attendees will be able to catch every performance.

Put together by the same team that launched New York’s Governor’s Ball, Sound On Sound is a 2-day affair that touts itself as a destination for music and gourmet food and beverages at a location overlooking the Long Island Sound.

“It’s been a goal of ours to introduce a world class musical festival to Connecticut; the place where I grew up and where co-founder Tom Russell and I spent our high school years together,” says Jordan Wolowitz of Founders Entertainment. “Sound On Sound is a 2-day event that we’ve curated for a community that we personally feel so close to. As a Connecticut resident myself, I am proud to present a festival that celebrates exceptional music, hand-selected local food and libations, and outdoor fun spent at the beautiful Seaside Park.”

Tickets for the event are available at Ticketmaster’s FrontGate Tickets subsidiary here. 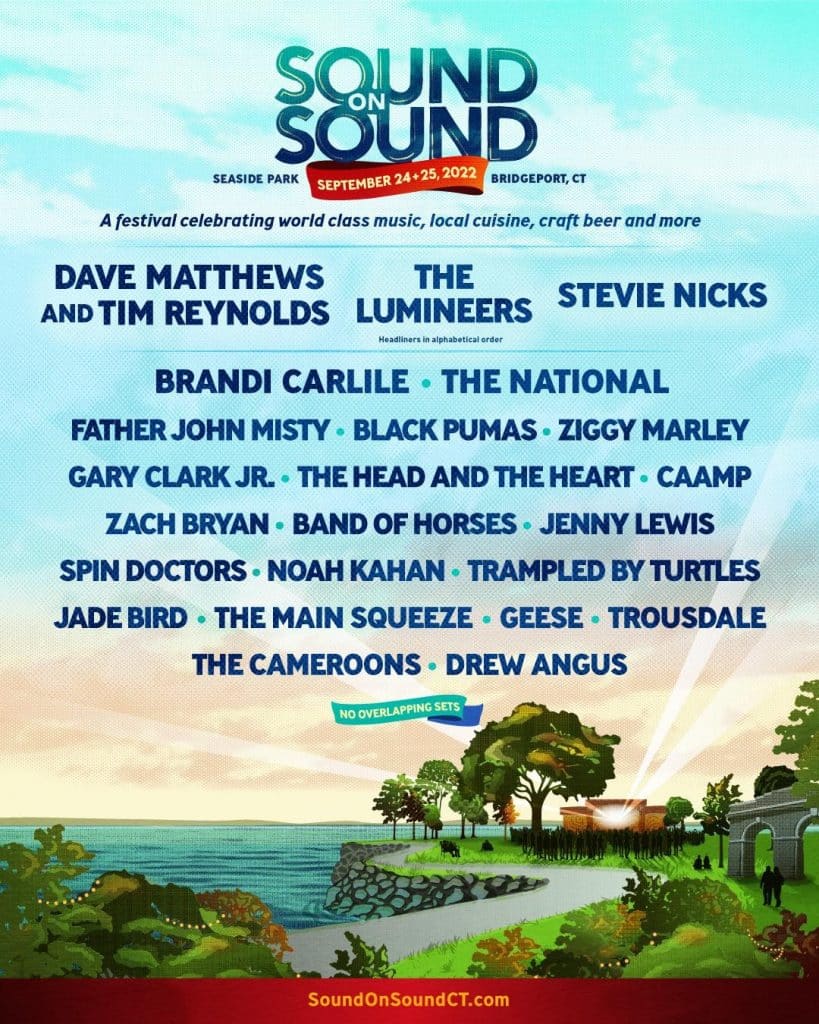