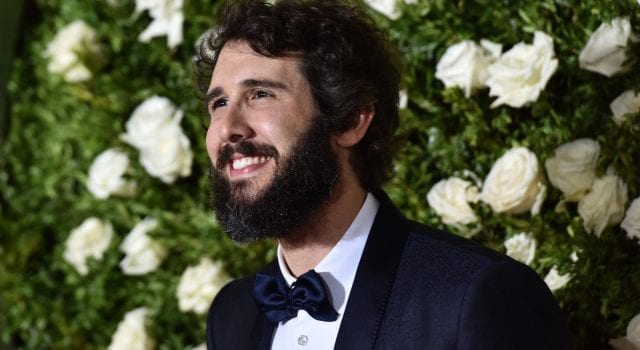 Annaleigh Ashford1 broadway315 Jeffrey Seller1 Josh Groban15 Lunt-Fontanne Theater2 Thomas Kail1
Sweeney Todd is making its way back to Broadway, and the musical will be led by pop star Josh Groban in the title role,...

Sweeney Todd is making its way back to Broadway, and the musical will be led by pop star Josh Groban in the title role, with Annaleigh Ashford performing as co-star Mrs. Lovett. The big-budget revival was announced on Tuesday, with plans to open previews at the Lunt-Fontanne Theater on February 26 with its official opening one month later.

“This show is full of such great scary fun,” Groban told the New York Times of the musical, which was scored by Stephen Sondheim. “It is Grand Guignol, it is penny dreadful.

“There is obviously a plot here that is absurd and monstrous,” he added, “but then there is also an incredible back story to this character that makes the role even more terrifying, because for all intents and purposes this was a civilized, good man that was driven to this.”

The title role will be the second turn on Broadway for Groban, who previously starred in Natasha, Pierre & The Great Comet of 1812 beginning in 2016, for which he earned a Tony Award nomination. Ashford has performed on Broadway in seven productions, winning a Tony in 2015 for her performance in You Can’t Take It With You. The production will be helmed by Hamilton lead producer Jeffrey Seller and directed by fellow Hamilton alum Thomas Kail.

The original production of Sweeney Todd opened in 1979 and won eight Tony Awards, including the honor for Best Musical. In 2007, it was adapted by filmmaker Tim Burton for the big screen, with Johnny Depp and Helena Bonham Carter in the co-lead roles.