Neyland Stadium in Knoxville, TN is the only college football facility, located outside of the Big Ten Conference, that can hold more than 100,000 fans. Home to the University of Tennessee Volunteers football team, Neyland Stadium located along the banks of the Tennessee River, and holds just over 102,000 seats.

The stadium was originally called Shields-Watkins Field, and at one point in 2000 held more than 104,000 seats, but was scaled back to incorporate more luxury suites. Another renovation was planned for 2009 that will add more suites and cut capacity down to about 100,000. The Volunteers were the first college football team to win the Bowl Championship Series National title in 1998.

The facility’s current name is in honor of legendary football coach General Robert Neyland, who led the team from 1926-1952. 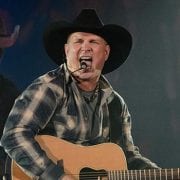 Country star Garth Brooks has broken Tennessee’s Neyland Stadium ticket record within minutes of going on sale. Brooks is slated to headline the stadium on November 16 as a part of his ongoing stadium tour. According to a press release, 75,000 tickets were sold, with the potential total nearing... END_OF_DOCUMENT_TOKEN_TO_BE_REPLACED

U. Tennessee’s Neyland Stadium: The Top of Rocky Top

By Chris Licata – TicketNews.com There is only one stadium in college football located outside of the Big Ten Conference that can hold over 100,000 fans – Neyland Stadium in Knoxville, Tennessee. Home to the University of Tennessee Volunteers, Neyland Stadium has all the excitement and intensity of the... END_OF_DOCUMENT_TOKEN_TO_BE_REPLACED