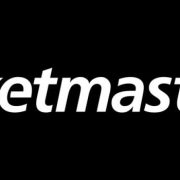 During an election season where it seems like agreement is in short supply, a group of consumer advocates appears to have found one thing that unites a huge swath of American society: dislike for Ticketmaster and its parent Live Nation Entertainment. The Break Up Ticketmaster campaign, launched in late... END_OF_DOCUMENT_TOKEN_TO_BE_REPLACED

A new campaign launched this week is calling on federal regulators to break up Ticketmaster and Live Nation, which merged in 2010, arguing that the combined company abuses its market power. The #breakupticketmaster campaign asks the Department of Justice to use its power to reverse the merger’s approval. Such... END_OF_DOCUMENT_TOKEN_TO_BE_REPLACED