Beyonce Connects with StubHub!: Ticketmaster and Boston Garden Left Out

Beyonce21 StubHub210 Ticketmaster789
By Alfred Branch, Jr. TicketNews.com A showdown may be looming between the two heavyweights of the concert business over who gets to make money,... 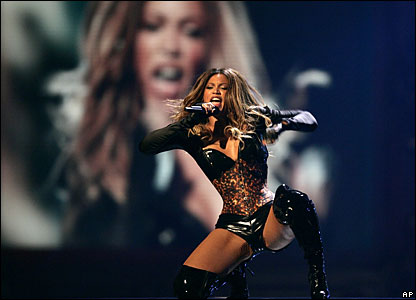 A showdown may be looming between the two heavyweights of the concert business over who gets to make money, and how.

A growing number of artists and managers are beginning to resell tickets to their concerts through StubHub!, in essence generating revenues and cutting out the venues, promoters and primary tickers. The practice is part of the focus of the Ticketmaster vs. eBay/StubHub! lawsuit, and recently representatives of Beyonce have begun reselling tickets to her tour through StubHub!. . .

The British press has dubbed it the “Bowie theory” after remarks the Thin White Duke made some time back when he predicted that as artists lose revenue due to declining CD sales, those artists would look to touring to raise money. So, trying to maximize that effort by reselling tickets is no surprise.

StubHub! spokesperson Sean Pate said he has seen the trend pick up over the past year, and that rival Ticketmaster “has a well documented practice” of doing the same thing. “StubHub! is increasingly functioning as a valuable distribution channel for artists to sell more tickets and VIP packages while also creating artist specific marketplaces that enable them to participate in overall secondary market revenue,” he said.

Not only does StubHub! have no intention of stopping the practice, he said expect more artists turning to the company to generate revenue. “StubHub! is actively pursuing deeper relationships within the music industry through sponsorships, charity auctions, VIP package sales, promotional and PR opportunities.”

“It’s capitalizing on the only positive revenue stream in the music industry, live events,” Pate said. “What’s good about it all in a sense is that prime seat locations that were once never available to the general public are now through these types of offerings.”

Ticketmaster did not return a message seeking comment, neither did William Morris Agency’s John Branigan or Creative Artists Agency’s Rob Light, two of the biggest agents in music.

The bottom line for artists is that with venues, promoters, agents and primary ticketers out of the process the artist makes more money. “It’s not unforeseeable that larger ticketers may start promoting their own shows, and this industry may vertically integrate quickly. It’s much more efficient and the process has seemingly already started with Live Nation’s endeavor into ticketing and Ticketmaster parent company, IAC Interactive, buying a significant stake in Front Line Management,” said Don Vaccaro CEO of TicketNetwork.

“Sure, they [tickets] may cost a little more, but so does a fancy dinner on Saturday night or a round of golf at the exclusive country club,” Pate said. “Those who want to pay for the experience will, and now there is that choice to do so.”