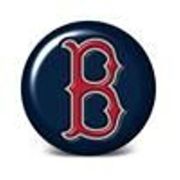 TicketNews.com releases its exclusive weekly Top Tens today. Read on for a sneak peek of this week’s hot events.

That Elphaba has some serious problems with red footwear. While everyone’s favorite Wicked Witch was out tracking down those ruby slippers, some scarlet stockings stole her number one spot.

The Boston Red Sox top the Overall Events chart this week amidst a boost in sales that could be credited to the amazing season they’re having, but is more likely due to Boston fans’ hatred of the Yankees. With a hefty twelve and a half game lead over New York, Boston was expected to batter the Yanks in their weekend series. While Sox fans didn’t get to see their archrival pummeled (the Yankees won the series 2-1), they did enjoy taunting Alex Rodriguez about the latest rumors of his infidelity. Along with Rodriguez’s dignity, Yankees sales are down this week, dragging the team from the number five spot to number ten . . .

Stanley Cup sales lose steam, knocking Ottawa and Anaheim out of the rankings. With Game 1 of the NBA Finals just around the corner, the San Antonio Spurs and the Cleveland Cavaliers fill the holes. The Spurs take the number four spot and the Cavs take number seven.

The rush for American Idols Live! tickets is so five minutes ago. The tour drops from number two to number eight. The other concerts on the Overall Events chart make significant moves as well. The Police and Kenny Chesney both advance four places. The Police climb from number seven to number three. Chesney rises from number nine to number five.

San Antonio and Cleveland move into the top three events on the Sports chart. The Spurs take number two with the Cavs just below at number three. The number one spot, as well as six other places in the rankings, go to Major League Baseball.

New this week is a sport rarer in the rankings than hockey. The

After suffering a week of being unpopular, Legally Blonde returns to the Top Theatre chart. The musical, which has seven Tony nominations to brag of, also moves from number ten to number five on the Top New York City Theatre chart.

The Police top the Concerts chart this week as they kick off their Reunion Tour with several Canadian shows. The tour comes to the U.S. June 6. Kenny Chesney ranks just below Sting and company, moving into the number two spot, and American Idols Live! drops to number three.

Dave Matthews Band reappears in the rankings at the number six spot, surrounded by press about their “Green Concert” with the Allman Brothers Band to benefit the Piedmont Park Conservancy in Atlanta. Beyoncé debuts at number nine. Céline Dion and Rush disappear from the chart.

The Vegas chart bustles with activity. Le Rêve, Phantom, KÀ, and Danny Gans are out. Toni Braxton, V – The Ultimate Variety Show, Fab Four, and Barry Manilow are in.

To see this week’s rankings, check out the press release in the Daily Buzz section of TicketNews.com.