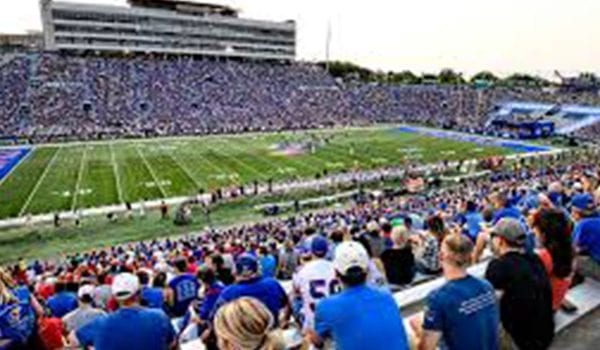 LegalTop Story May 13, 2011 By Kelly McWilliams

Ticket Industry Secondary921
Ben Kirtland, former Associate Athletic Director for Development at the University of Kansas from 2004 to 2010, was sentenced yesterday, May 12, to 57... 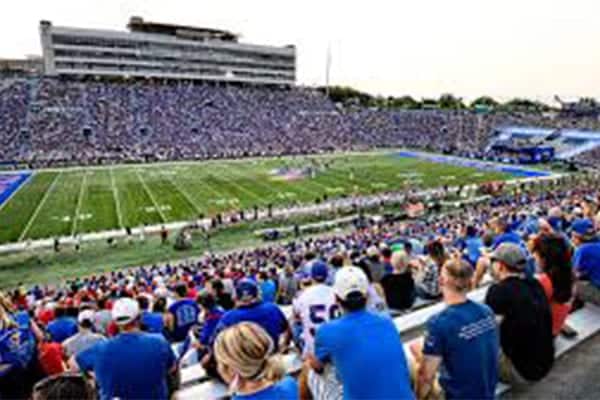 Ben Kirtland, former Associate Athletic Director for Development at the University of Kansas from 2004 to 2010, was sentenced yesterday, May 12, to 57 months in federal prison for his part in the multi-million dollar ticket scalping scandal that has rocked the school over the past year.

The highest-placed staffer to be charged in the scandal, Kirtland reported directly to former Athletic Director Lew Perkins, whom he had followed to KU from the University of Connecticut. Kirtland had pleaded guilty in February to one count of conspiracy to commit wire fraud, with associated charges of tax evasion and transportation of stolen goods across state lines. Kirtland’s pre-sentencing report had recommended the nearly five year sentence, which was supported also by the prosecution and Kirtland’s own lawyer.

Kirtland reportedly showed some remorse during his appearance in the Wichita U.S. District Court, stating, “I take my responsibility for my actions very seriously. I caused much pain, and anguish and suffering for my family and will spend the rest of my time atoning for my actions.”

In addition to prison time, U.S. District Court Judge Wesley E. Brown required Kirtland to pay $1.19 million in restitution to the University, as well as $85,000 in unpaid taxes to the IRS, stipulations the defendant also had supported pre-sentencing.

Last fall, prior to any legal charges filed against him, Kirtland approached the University to make a separate payment agreement to cover what he claimed were his financial gains from the scheme. Kirtland agreed to pay $63,000 to the school and eventually paid $64,500 by early this year. This number seems a low estimate of earnings, however, with federal prosecutors estimating his take at over $300,000, and in his own plea hearing Kirtland admitted to selling over $120,000 in tickets. He also has already remitted $14,000 in unpaid federal taxes.

Kirtland’s charges stem from last year’s investigations by the University, the FBI and the IRS into unusual activity in the ticketing operations of KU’s Athletic Department. The investigations ultimately revealed that several staffers at the Athletic Department had engaged in a years-long scheme to acquire and sell nearly 20,000 basketball and football tickets belonging to the department, dating back at least to 2005. The tickets were then sold for profit to a number of unnamed brokers and other third parties. November saw the indictments of five of these staffers, including Kirtland, Former Associate Athletic Director Charlette Blubaugh, her husband Thomas, who was paid as a consultant, former Assistant Athletic Director Rodney Jones, and Kassie Liebsch, a former systems analyst who took over Charlette’s job upon her May 2010 resignation.

Liebsch was sentenced to 37 months and required to pay her share of a forfeiture settlement, and Jones was given 46 months, fined $1.2 million in restitution, and required to submit $114,000 in unpaid taxes he owes the IRS. Charlette Blubaugh, described by prosecutors as the “gatekeeper” of the scheme, was the only defendant to receive as much prison time as Kirtland. She is also responsible for a total of $2.56 million between restitution to the Athletic Department and $268,292 in federal taxes owed jointly with husband Thomas. He received his own 46 month term and must pay $841,000 in restitution to the University.

Prosecutors claimed that Charlette, who at the time ran the Department’s ticket office, secured a number of season tickets from the Department’s printer and distributed them among the others for sale. She received the proceeds, which were then presumably split among the co-conspirators. In a separate set of transactions, Blubaugh funneled a number of other tickets through her husband, Thomas. These tickets were sold only to Oklahoma brokers, and proceeds from their sale went solely to the Blubaughs. The estimated value of the tickets stolen has hovered between $1 million and $3 million over the course of the many investigations.

Kirtland oversaw the fundraising at Kansas Athletics, Inc, the non-profit group in charge of promoting the KU athletics program. In his position, he worked with a controversial “points” system instituted by Perkins, where alumni donors’ donations earned points toward better seating at games. It remains unclear just how many donors, if any, were denied seating they may otherwise have earned from the system due to the illegal sale of tickets. In the wake of the scandal, the University has decided to retain the points system but has worked to make the process more transparent, with alums now able to view how many points they and other seat-holders have accrued.

Additional changes instituted following the scandal include the hiring of an independent forensic auditor for the Athletic Department, as well as the segregation of duties in the ticket office. The school also has worked to enhance control over the issuing of complimentary tickets, the system which the defendants had been able to manipulate to their gain. After Kirtland’s sentencing, University Chancellor Bernadette Gray-Little and Athletics Director Sheahon Zenger emailed a statement to donors announcing the “close of a painful chapter”.

To date, the University has retrieved $340,000 of lost monies, including a paid $250,000 insurance claim, Kirtland’s original settlement with the school, and wage garnishments from Simmons and Jeffries.

This week, Charlette Blubaugh, is reported to be “in transit” to begin her 57 month prison term, while Thomas has yet to begin his sentence. Kassie Liebsch has begun serving her 37 month term at a prison camp in Illinois, and Rodney Jones is at an Oklahoma prison camp serving his sentence. Kirtland has requested to be placed in a prison close to Hartford, CT, which is where his elderly mother resides.