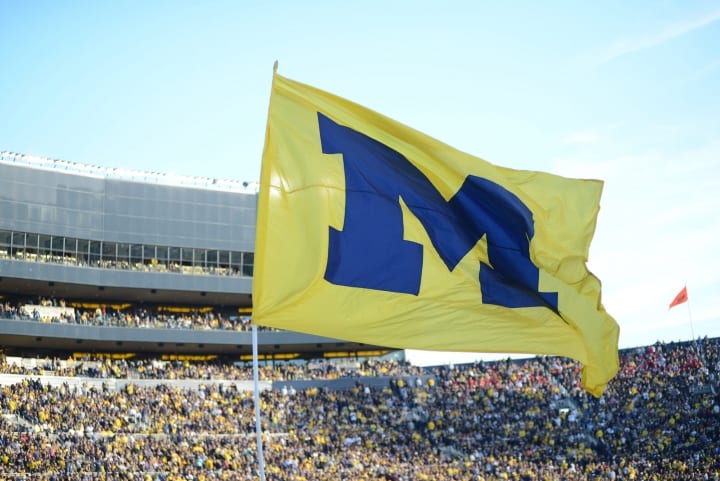 Some budding entrepreneurs at the University of Michigan are apparently making some extra cash in a new market using an old technique: Using supply vs. demand to turn ticket-buying opportunities into profit.

Utilizing their ability to get low-price student tickets for Wolverine home games at the famed “Big House”, students are using social media to connect to interested buyers directly rather than listing through marketplaces that charge extra fees, according to a piece in the Michigan Daily. Many simply move tickets for games they cannot attend at the same price they paid for them – but many others are using the market to their advantage.

“When I originally sold my first (Ohio State) ticket, I kept getting messages from people offering me different prices and I realized I could’ve gotten a lot more,” student Matthew Askar said. “So I messaged other people asking how much they were selling their tickets for and realized there was a gap, so I started trying to flip tickets.”

“At first I felt bad, but then I realized that if you’re not willing to do the research — and I am taking the time to look it up and message people — it kind of evens out,” he said.

Students are using existing social media platforms like Facebook as well as the MarketNoire group within where over 7,000 members can make deals.

Interestingly, the language and tone of the piece are extremely permissive of behavior that usually gets individuals labeled as “touts” or “scalpers” by the media. These students are doing exactly what any ticket broker does – but even the school’s athletic administration is taking a permissive attitude on the matter.

“We love it when our venues are full because it adds so positively to our atmosphere,” said Associate Athletic Director Kurt Svoboda, who indicated that 21,000 tickets to Wolverine games have been sold this year, the highest such number since nearly 24,000 student tickets were sold in 2007. “In that regard, I’d much rather have a ticket utilized than go unused.”

A rose by any other name, indeed.