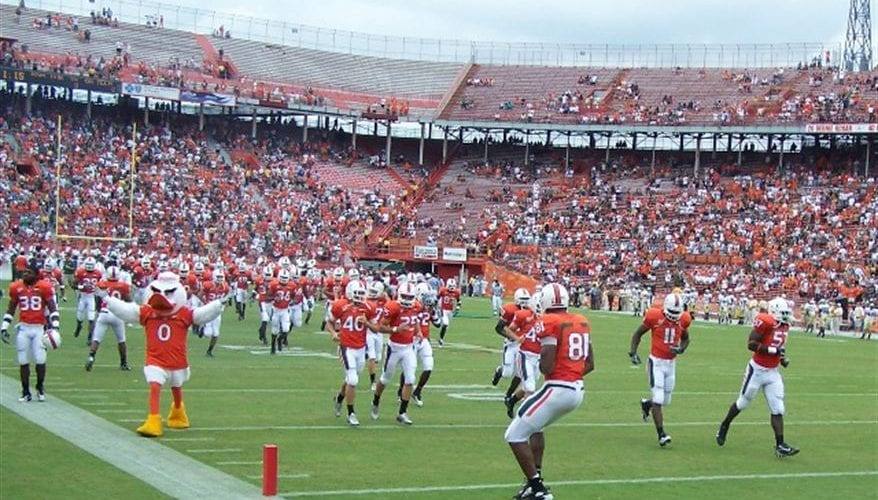 Yesterday’s professional sports events and a few concerts took a good portion of spots on today’s Top 20, but the No. 1 spot actually went to a college football game – next Saturday’s Miami Hurricanes vs. Notre Dame Fighting Irish match-up at Hard Rock Stadium.

Many football fans plan to spend their holidays at a game this season- a Christmas Day game between the Eagles and Raiders is No. 7 and a Christmas Eve game between the Cowboys and Seahawks is No. 11. On the second day of the new year, the Knicks host the Spurs at MSG, at No. 10 today.

This Wednesday is the CMA Awards in Nashville, which comes in at No. 6. Other popular events include the Foo Fighters and Dear Evan Hansen.

Check out the full Top 20, below, and click on any of the links for cheap tickets with no service fees from membership marketplace Ticket Club.