FKP Scorpio1 Germany11 Hamburg1 Holdbacks22 Rolling Stones27
Last week, it was reported that German authorities were being investigated for accepting 100 free tickets to a Rolling Stones concert at Hamburg’s Stadtpark...

Last week, it was reported that German authorities were being investigated for accepting 100 free tickets to a Rolling Stones concert at Hamburg’s Stadtpark – the first event of its kind at that location after being approved by those very district politicians.

Now, BBC News reports that police in Hamburg have examined computers at the district office and raided FKP Scorpio, the events company in charge of the concert.

German officials are banned from accepting gifts, but staff at the Hamburg North district office said receiving the free tickets was “standard practice”. Widespread criticism from the public, as well as an anonymous tip-off, led to the police raid.

German authorities are in hot water after receiving 100 free tickets – a total value of nearly 10,000 euros – to a Rolling Stones concert from promoter FKP Scorpio.

According to Pollstar, the Hamburg District Attorney’s office has launched an investigation into the giveaways, which benefited the district office responsible for clearing a September concert in the city’s Stadtpark. The concert, which kicked off the band’s No Filter European Tour, grossed $11,954,298 according to Pollstar – the highest grossing stop on the tour. Tickets were given to high-ranking politicians and 25 office employees who had gone above and beyond in the production of “the biggest concert event in Hamburg thus far,” per Harald Rosler, head of the office in question.

With secondary market prices approaching 800 euros per ticket, the value given to these political officials in the wake of the concert’s approval could be as high as 80,000 euros – $94,372 by today’s exchange rate. 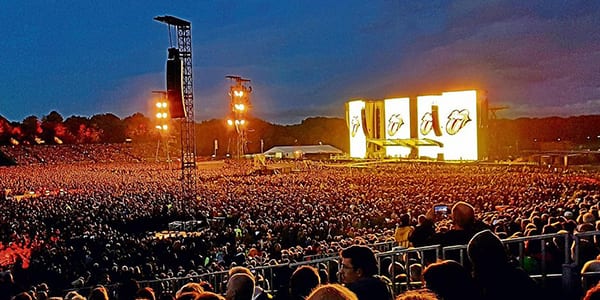 Officials insist that everything is on the up and up with the giveaway, which also included an option for agency staffers to purchase additional tickets beyond the freebies. But the Pollstar piece points out that local outlet Hamburger Morgenpost, the district had never before cleared such a large-scale event at the venue. FKP Scorpio called it “unrealistic” to imply that the free tickets given after the approval had anything to do with the approval itself. It characterized the giveaway as a thank-you gesture due to the “good and very complex cooperation” between the promoter and the district office.

The question left unasked by Pollstar is where did the tickets come from in the first place? Given that the listed attendance was over 81,000 at a venue that is purported to have a capacity of 80,000 (26,000 seats and a standing area that can hold an additional 50,000+), it seems fair to reason that demand outpaced supply, supported by the far above face-value secondary market. Yet the promoter was able to offer at least 100 (and with the option to purchase more) held-back tickets to the performance to the governmental agency which had helped make it happen.