Misfits Will Enforce Strict No Phone Policy at Reunion

concerts577 misfits7 phone use2
This summer, the legendary Misfits announced a reunion show to take place December 30 at The Forum in Los Angeles. Now, the band, ticketers,...

This summer, the legendary Misfits announced a reunion show to take place December 30 at The Forum in Los Angeles. Now, the band, ticketers, and venue have announced a strict no phone policy during the event.

“No cellphones, smart watches, cameras or recording devices will be permitted during The Original Misfits reunion shows,” the statement from AXS and Ticketmaster reads. “These exclusive one-off performances will be completely phone-free. Upon arrival at the venue, all phones and smart watches will be secured in Yondr cases that will be unlocked at the end of the show. Guests maintain possession of their phones throughout the night, and if needed, may access their phones at designated Yondr unlocking stations in the lobby. Anyone caught using a cellphone during the performance will be removed from the venue. We appreciate your cooperation in creating a phone-free viewing experience.”

Concert-goers will be able to hold on to their phones during the show, but will not be able to use them for pictures, video, or any other use inside the theater. Designated Phone Use Zones will be located throughout the lobby for fans to unlock and use their phones during the show. A Guns N’ Roses reunion show at the Troubadour in Los Angeles last year also imposed this rule. Other performers that have employed Yondr cases include The Lumineers, Alicia Keys, Dave Chappelle and Chris Rock.

Loudwire obtained the following email that was sent to Misfits fans about the upcoming concert: 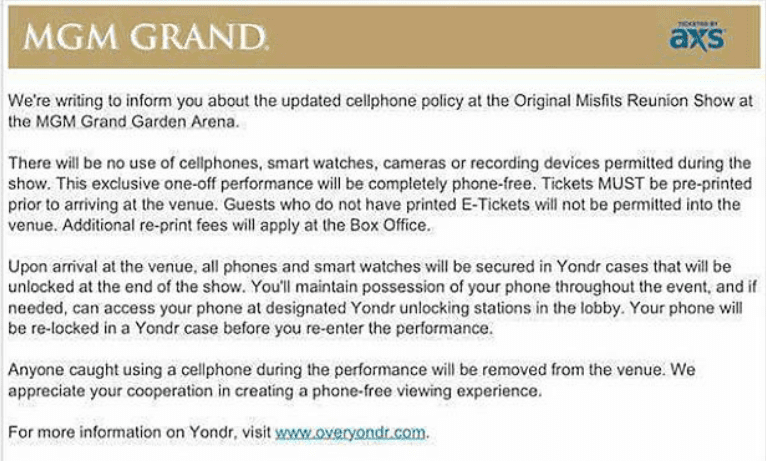 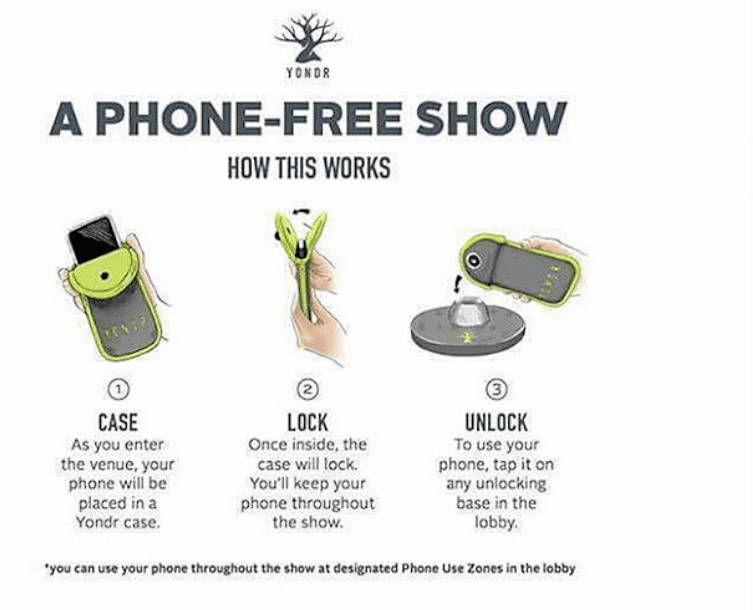 In an age of extreme cell phone dependence, and a culture that often makes it a knee-jerk reaction to document and share experiences on social media, would a no-phone rule affect your decision to attend a show?