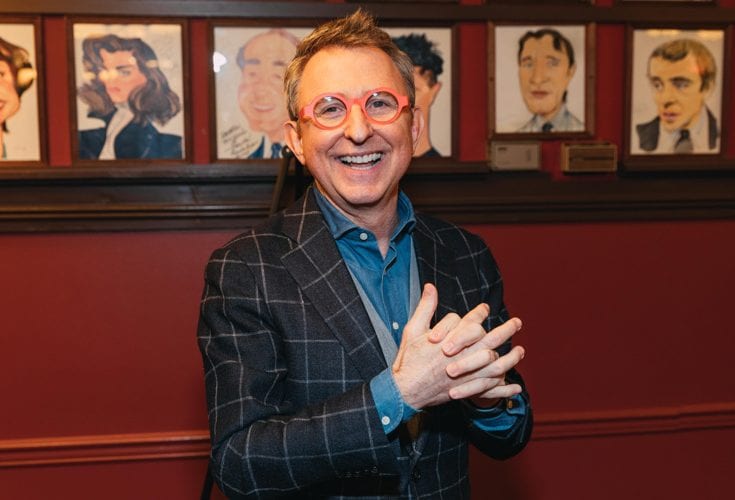 New York, NY – December 12, 2017 – The Broadway League is pleased to announce that Thomas Schumacher, President & Producer, Disney Theatrical Productions, was elected as Chairman of the Board of The Broadway League today. Mr. Schumacher takes over the role from Chairman Robert E. Wankel, President, The Shubert Organization, following the completion of Mr. Wankel’s full three-year term.

“With extensive experience as a theatre producer, theatre operator and road presenter, Tom understands the needs of the industry from many different perspectives. He has an undeniable passion for the arts and for theatre. His creativity and love of entertainment are evenly matched with his business sense. He is dedicated to seeing Broadway thrive in New York City, across the country and around the world,” said Charlotte. St. Martin, President of the Broadway League. “We are so excited to have him as Chairman, and continue the excellent work of our immediate past Chairman Bob Wankel.”

In the last three seasons, Broadway attendance has surpassed 13 million and in the 2016 – 2017 season topped the attendance of the ten professional New York and New Jersey sports teams combined. Broadway contributes annually over $10 billion to the New York City economy and supports 89,000 full-time equivalent jobs. Touring Broadway has contributed $3.2 billion to local markets across the United States.

To date 16 new productions have opened in the 2017 – 2018 season. These productions join 20 long-running shows currently playing. In the spring, 14 more shows are scheduled to open with more expected to announce.

Thomas Schumacher serves as President & Producer of Disney Theatrical Productions, overseeing the development, creation and execution of Disney’s legitimate stage entertainment worldwide. The division’s credits include Beauty and the Beast, King David, The Lion King, Elton John and Tim Rice’s Aida, On the Record, High School Musical, TARZAN®, Mary Poppins, The Little Mermaid, Peter and the Starcatcher, Newsies, Aladdin, Hunchback of Notre Dame, Shakespeare in Love, Freaky Friday and Frozen. Recently he served as Executive Producer for the live-action film Beauty and the Beast. As President of Walt Disney Feature Animation, he oversaw some 21 animated features, including The Lion King, The Nightmare Before Christmas, Pocahontas, Mulan, Tarzan, Hercules and Lilo & Stitch, and worked closely with Pixar on their first five films. Mr. Schumacher is the author of “How Does the Show Go On? An Introduction to the Theater.” He is on the executive committee of Broadway Cares, a longtime Board Member of The Actors Fund a former mentor for the TDF Open Doors program, and is a member of numerous boards. He is a former mentor for the TDF Open Doors program and serves as an adjunct professor at Columbia University.