counterfeit2 super bowl53
Super Bowl tickets are pretty hard to come by – with “face value” having little to no meaning and get-in prices this year around... 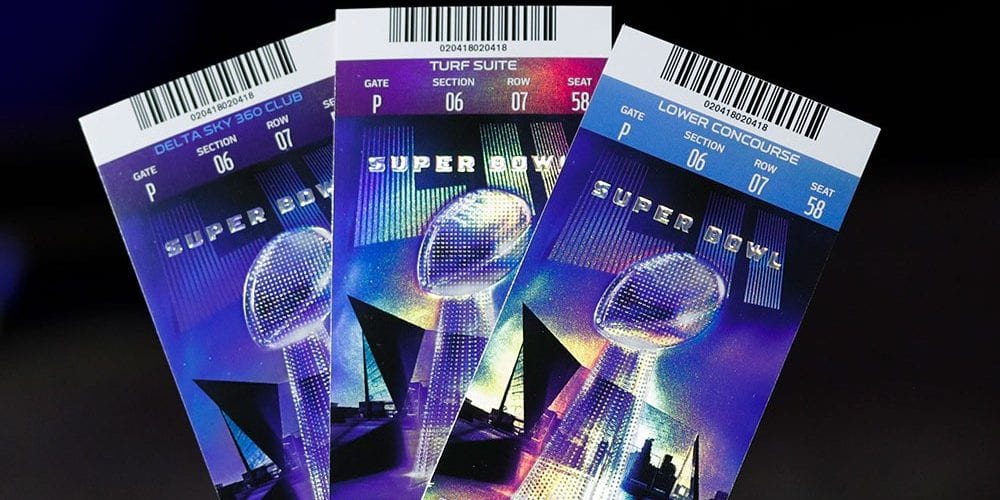 Super Bowl tickets are pretty hard to come by – with “face value” having little to no meaning and get-in prices this year around $3,000 a seat – but when a Maryland man was caught with fake tickets and an intent to sell, he was forced to pay an even bigger price: prison time.

According to the charges filed in the case, Calvin Eric Harris was spotted by police on Super Bowl Sunday selling tickets for Super Bowl LII on the skyway. When approached, he tried to flee the scene. After the police caught up with him and he was placed under arrest, they confiscated 10 counterfeit tickets in Harris’s possession, as well as $1,300 cash.

Harris pleaded guilty to one count of counterfeit intellectual property in connection with the case and was sentenced to one year and one day in prison. This wasn’t the 49-year-old’s first time caught with counterfeit tickets either; he has arrests in 14 states for forgery, counterfeit and theft charges, as well as a handful of similar offenses.

Despite law enforcement officials attempt to stop counterfeit tickets, fake Super Bowl tickets always catch headlines around the day of the big game and in the months after. Fraudsters look for hopeful fans to rip off, and with no consumer protections in place, it’s buyer beware for in-person transactions.

“The number of counterfeit and stolen tickets increases every year, with a couple of exceptions,” Anastasia Danias, NFL vice president of legal affairs, told FOXSports.com. She explained how these crooks use high-quality printers and other technologies that make the tickets look incredibly real.

The NFL encourages buyers to take note whether their ticket is real or counterfeit by looking for simple signs. Their first suggestion is to not buy from anyone standing around outside the venue – since it’s hard to tell who is legitimate or not. Always use a secured form of payment, like a credit card, since cash cannot be tracked. In terms of  the design of the ticket, make sure the back of the ticket has a two-tone hologram, which changes depending on the angle of the ticket in the sunlight. Additionally, the embossed images on the ticket should be clear on high-quality silver foil and printed on heavy card stock paper.