After 24 years, the traveling rock festival, Vans Warped Tour, is coming to an end. As always, that means the concert-going public is clamoring for one last shot to secure their spot at the show.

On February 26, Warped junkies had the opportunity to secure Early Bird and Souvenir tickets – both priced at half the cost of a normal ticket, but limited to only 500 tickets per show. The majority of tour stops saw those sold out in just minutes with fans smashing the site. It was confirmed on the Warped Twitter that regular general admission tickets will go on sale today for around $45 – plus taxes and fees, which is the typical price for the tour. Tickets are limited to approximately 10,000 per tour stop.

Earlier this month, the official line-up was released through a special announcement video. Nearly 70 bands were announced, including Warped veterans like We The Kings, 3OH!3, The Maine, Mayday Parade, ISSUES, and Simple Plan, as well as some up-and-coming acts to the tour: State Champs, Real Friends, Grayscale and Waterparks. Special guest artists All Time Low, Asking Alexandria, August Burns Red, Beartooth, Black Veil Brides, Bowling For Soup, Falling in Reverse, Four Year Strong, Frank Turner, The Interrupters, Less Than Jake, Silverstein, Sum 41, Taking Back Sunday, Underoath and The Used will play select dates throughout the tour, with other special guests TBA. 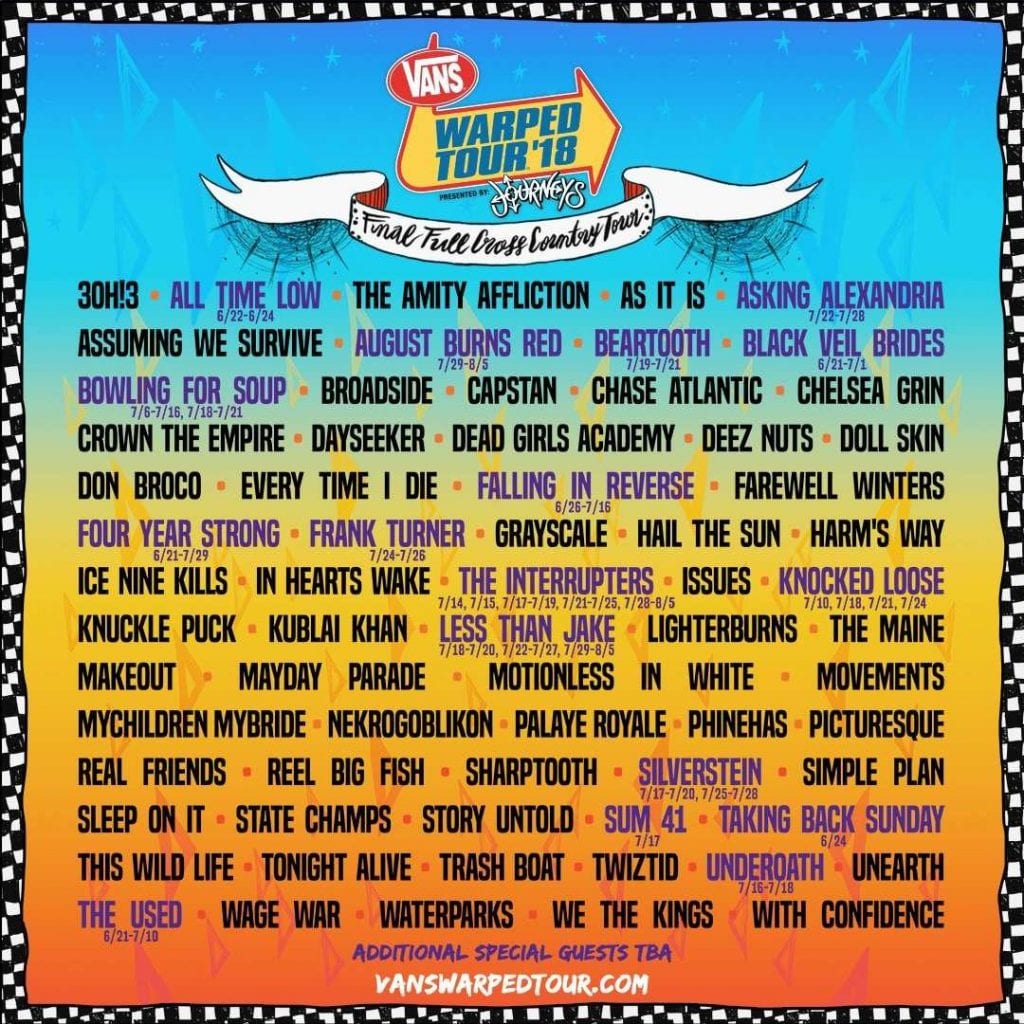 Originally founded in 1995, Warped has housed some of the world’s most popular artists like Green Day, blink182, Katy Perry, Eminem, Black Eyed Peas, Yellowcard and various others. Warped is the longest-touring music festival in North America; depending on how you account for such things, it could be the largest tour of the summer. On the upcoming shows, founder Kevin Lyman shared: “I truly am happy to get the chance to travel around the country one more time to thank you for your support, and bring you another best day ever.”

General Admission tickets go on sale tomorrow, March 8, at 10 a.m. EST. The 38-date tour will kick-off on June 21 in Pomona, California and wrap up on August 5 in West Palm, Florida. The full lineup is listed below.

Visit Ticket Club to find tickets to the tour this summer