Escape to Margaritaville2 Jimmy Buffett58
Jimmy Buffett was scheduled to play in North Carolina at the PNC Music Pavilion this past weekend, but due to extreme weather, the gig...

Jimmy Buffett was scheduled to play in North Carolina at the PNC Music Pavilion this past weekend, but due to extreme weather, the gig was postponed until later this month.

On Friday, concert promoter Live Nation announced that Buffett’s show would be postponed due to the threat of extreme cold and rain. The surprisingly cold forecast included a chance of thunderstorms and since  the venue is outside, it didn’t seem feasible. This is his only North Carolina date on tour; he last visited the state in 2016.

According to Buffett, those who purchased tickets for the show on April 7 can hold onto them until the show on the 27. Refunds will also be available wherever the tickets were purchased. 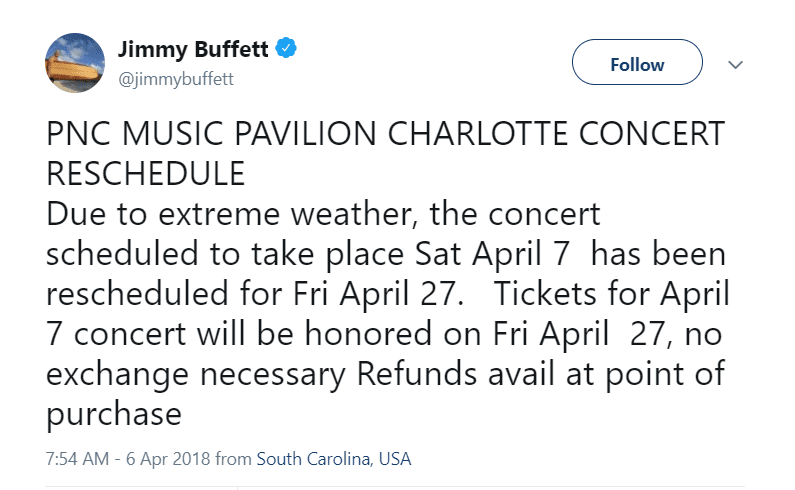 Some fans took to Twitter, upset about the cancellation, since many shows still go on with rain. Additionally, buyers said that the event was supposed to go on “rain or shine,” yet now they’re stuck with non-refundable tickets and hotel rooms. 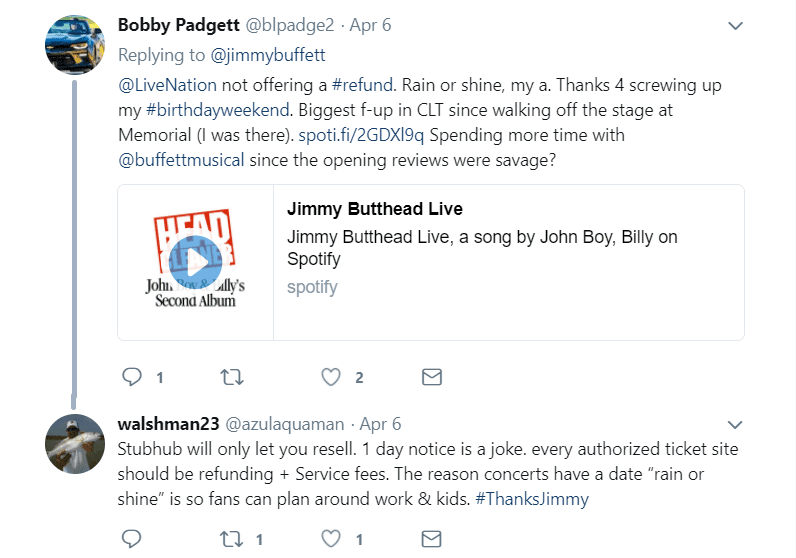 However, while some angrily wrote about how the concert shouldn’t have been cancelled, others expressed their gratitude toward Buffett for thinking of his fans. 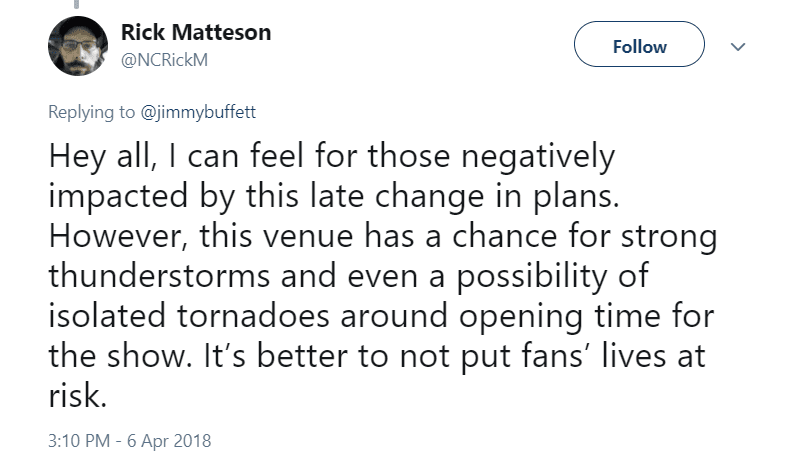 Buffett played North Charleston, South Carolina last Friday. He is set to open for the Eagles in Orlando, Florida with his Coral Reefer Band on April 14 and April 21 and stop in Alpharetta, Georgia on April 17. Then, following the Charlotte show, he will play in Kansas City, Missouri on May 19 and Des Moines, Iowa on May 22. His tour will run through October 17, ending in Salt Lake City, Utah. He will also perform a special show with The Coral Reefer Band and Huey Lewis and The News on October 20 at Las Vegas, Nevada’s MGM Grand Garden Arena.

This spring is also an important time for the artist; his Escape to Margaritaville Musical premiered on Broadway in February.

Find tickets to see Buffett on tour this summer or his latest musical on broadway at Ticket Club.