In honor of The Hunger Games trilogy, Lionsgate will launch “The Hunger Games In Concert” this year starting in Manchester, U.K., and it will eventually tour across the world.

Suzanne Collins first wrote The Hunger Games book, which was published in 2008, and eventually the story turned into a trilogy. In 2012, the first book was released through Lionsgate as a film, followed by three more movies. Collins created a dystopian, futuristic universe where a 16-year-old girl, named Katniss Everdeen, must participate in an annual, deadly battle event to represent her district. The books were so well-acclaimed that they became a movie sensation, sweeping the world with Everdeen’s struggle and love interest.

“The Hunger Games In Concert” features a 60-piece orchestra who will play the score music from the original film, written by James Newton Howard. Afterward, the event will present an HD screening of the first self-titled movie in the film series.

This live tour will start in Europe, and make stops in Liverpool, London, and Birmingham. Although official dates haven’t been announced yet, Variety says that the concert will travel to many cities across the globe. This isn’t the first time Lionsgate has brought a movie to life after its time in theaters; “La La Land in Concert” had over 100 performances around the world, hitting 25 countries.

Lionsgate senior VP of global live and location based entertainment told Variety that the first Hunger Games was a “rare” film that not only had a great story line and characters, but offered “challenging musical opportunities.” She’s excited that fans will get to experience the movie again, but this time, in a live setting.

“We’re thrilled to continue expanding the world of The Hunger Games with this incredible live music and film event,” Howard said. “James was an integral part of the success of ‘The Hunger Games,’ scoring all four films, and bringing his renowned score to audiences is the perfect way to celebrate the 10th anniversary of this global phenomenon. ‘The Hunger Games in Concert’ tour will add a fresh dimension to the world of this iconic property for new and existing fans everywhere.”

The concert will premiere on July 10 in Manchester, U.K. before touring around the globe. 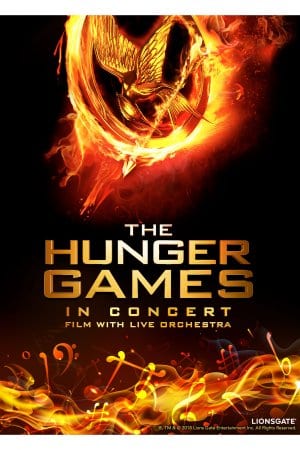