From October 5 to 7 and October 12 to 14, the festival will present 125 bands between eight different stages at Zilker Park, which has been the festival’s home for 17 years. A direct portion from proceeds goes to the Austin Parks Foundation. Since 2006, the festival and foundation has raised over $30 million to improve Zilker Park, as well as other parks around the city.

This will be the only North American festival appearances by both Paul McCartney and Metallica, and a highly-anticipated performance by Arctic Monkeys, who just made a return to the music scene after a five-year hiatus. Childish Gambino will return to the festival, amidst his 2018 tour this fall with Vince Staples. The electric hit group Odesza will make their first appearance at ACL, along with the Texas-native rapper Travis Scott.

Over the course of two consecutive weekends, an eclectic group of artists will take the stage, including newbies like Big Thief, Magic City Hippies, and Fickle Friends,  as well as some rising stars like Camila Cabello, Bishop Briggs, and Highly Suspect. Indie artists St. Vincent, Father John Misty, Hozier, and Elle King will bring a folk/rock vibe to the show, while Prince’s legendary backing band The Revolution and Janelle Monáe will offer the crowd with some funky tunes. Hip-hop, pop, and EDM will also make appearances.

Additionally, local talent can be found at the festival – something ACL has been known for – and this year, Texas natives Shakey Graves and Golden Dawn Arkestra will perform during both weekends. Khruangbin, Asleep at the Wheel, Sweet Spirit, Jackie Venson, Molly Burch, and Sailor Poon, among others, are slated to perform during the first weekend, while Charley Crockett, Duncan Fellows, Harry Paradise, Kydd Jones, Curits Roush and more artists will take over the second weekend.

Three-day passes are now available, as well as VIP and platinum tickets and hotel packages. Those who can’t make the show have the option of viewing it on Red Bull TV,or at ACLFestival.com. One-day tickets will be available later this year.

Check out the full lineup below and visit Ticket Club to find passes to this year’s festival in October. 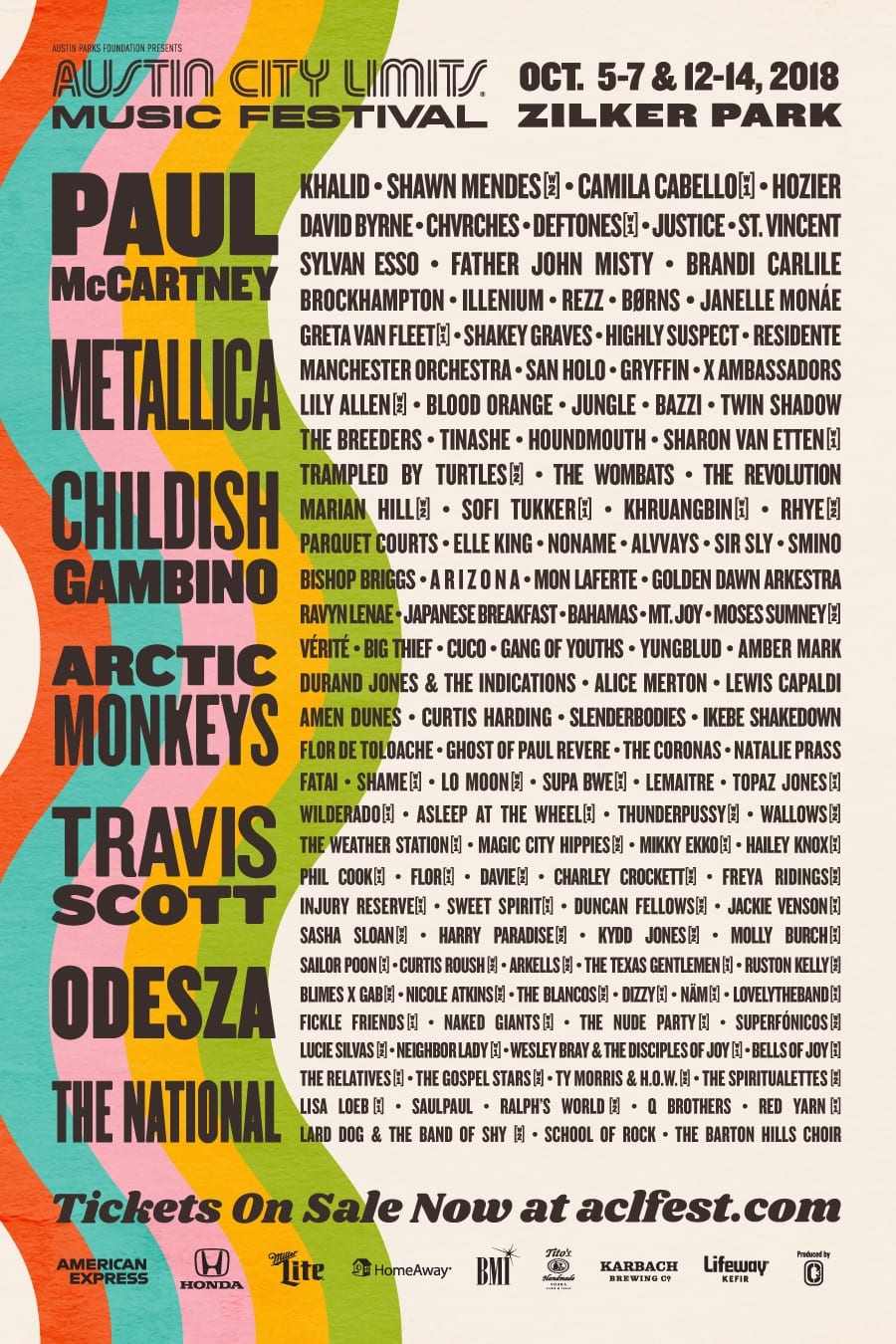 Last Updated on May 1, 2018 by Olivia Perreault