Avenged Sevenfold Cancels Show At K-Rockathon Concert Due To Illness

Avenged Sevenfold25 KRockathon1
For the first time, Syracuse’s K-Rockathon was scheduled to be a two-day festival, but the hard rock band Avenged Sevenfold cancelled their appearance this...

For the first time, Syracuse’s K-Rockathon was scheduled to be a two-day festival, but the hard rock band Avenged Sevenfold cancelled their appearance this Saturday, knocking the fest back to one day.

The festival, scheduled to take place at the St. Joseph’s Health Amphitheater at Lakeview, is headed into its 22nd edition. Avenged Sevenfold recinded their performance slot due to illness, although they did not elaborate.

“Due to a continued illness, we unfortunately have to cancel our performances this week in Rimouski at Les Grandes Fetes TELUS and at Syracuse’s KROCKATHON,” the band said in a statement. “To our fans, we’re just as let down about this as you are and we look forward to seeing you next time.”

It was announced that the other scheduled artists of the day – Rise Against and Ho99o9 – will not perform on Saturday.

Sunday’s performers, which includes Rob Zombie and Marilyn Manson, will still take the stage as planned. Refunds will be automatically given, and concertgoers who purchased two-day combo tickets will be partially refunded, Live Nation said.

In a Facebook post, the Syracuse radio station K-ROCK explained that while they are bummed out and understand that people are upset, they “can’t control sickness.”

“We’re here for questions & hope you still come party with us on Sunday for Rob Zombie & Marilyn Manson.”

There are still tickets available for the festival. 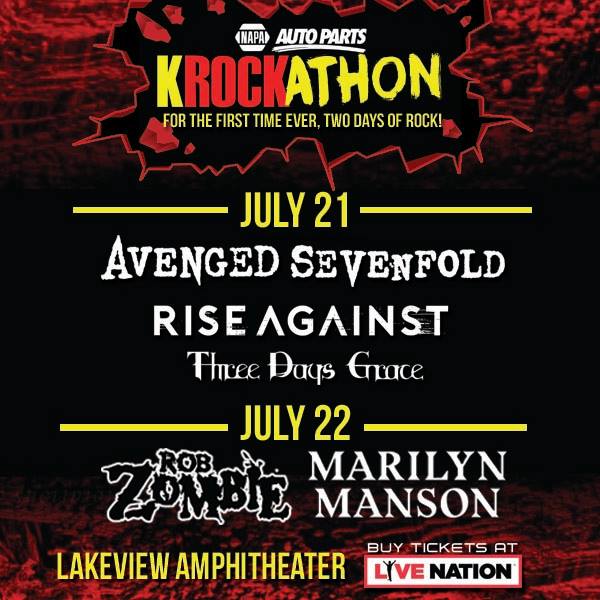