Metal bands GWAR and Hatebreed are teaming up to bring the co-headlining “Gore, Core, Metal and More” tour to the U.S. this fall.

The trek will kick-off just in time for Halloween festivities this October 7 in Buffalo, New York and will hit cities like Sacramento, Seattle, Houston, Portland, and New York. Peoria, Illinois will wrap up the tour on October 28. Throughout the month, they will be joined by Miss May I, Ringworm, and American Sharks.

“This is the tour you can’t afford to miss,” GWAR guitarist Pustulus Maximus said in a statement. “We are bringing you the heaviest in hardcore and the most brutal of gore! We are thrilled to be slaying the nation alongside our brothers in Hatebreed!”

Preceding the tour, GWAR will make a few stops across the country, making appearances at Chicago’s Riot Fest, Louder Than Life Festival in Kentucky, and The Growler’s Beach Goth Tour in Los Angeles, California. They also have a handful of dates throughout November, and will play a special Halloween show at New York City’s Irving Plaza. Their most recent record, The Blood of Gods, dropped in 2017.

Additionally, Hatebreed will perform at a few festivals this year, including Wacken Open Air in Germany and France’s Xtreme Fest, as well as a slew of performances in December throughout Europe. The group is heading toward their 25th anniversary as a band and will tour in support of their 2016 record, The Concrete Confessional.

“Autumn is a lovely time of year to team up with GWAR and crush every city in our path,” Hatebreed frontman Jamey Jasta said. “There will be mosh pits, blood, carnage & chaos.”

Check out the full list of GWAR and Hatebreed’s co-headlining tour below.

Visit Ticket Club to find tickets to see GWAR and Hatebreed on tour this year. 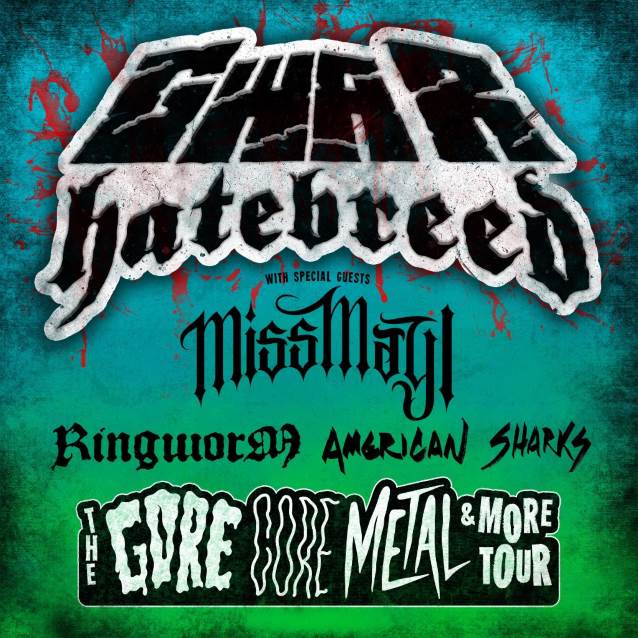