The three brothers of the pop-rock band Hanson, known famously for their hit tune “MMMBop,” have announced a new album, along with a slew of tour dates this fall through next year.

Hanson will head out on a symphonic tour in support of String Theory, due later this year. The trek will kick-off this August 2 in Pittsburgh, Pennsylvania, and will hit theaters across the country in cities like Denver, Nashville, Houston, Chicago, New York, and Forth Worth. Buffalo, New York will close out the show at the Buffalo Philharmonic Orchestra on June 7, 2019.

“So excited to announce the North American leg of our #hansonstringtheory tour,” the group said in a tweet this morning. “Can’t wait to share this with you.”

The symphony-inspired record is self-produced and will feature both old a new songs, with previously-released tracks dubbed as new versions, re-released as symphonic arrangements. This leaves fans wondering if hits like the 1997 track “MMMBop” and 2000’s “Save Me” will be recreated, backed by a choir.

String Theory follows the trio’s second holiday LP Finally It’s Christmas in 2017, and 2013’s Anthem. Last year, the group headed out on a five-month Middle of Everywhere: 25th Anniversary Tour, which also celebrated the 20th release of their debut record, Middle of Nowhere.

In addition to their upcoming tour, the group will make appearances at several music festivals this year, including Indiana, Wisconsin, and New York’s State Fairs, the Upper Peninsula State Fair in Escanaba, Missouri, and three performances at Eat To The Beat Concert at Disneyworld’s Epcot Food and Wine Festival. Early next year, Hanson will also head out on ‘Back To The Island 2019,’ a special cruise and island event that will feature three concerts from the band.

Check out the group’s full list of tour dates below.

Visit Ticket Club to find tickets to see the trio on tour through 2019. 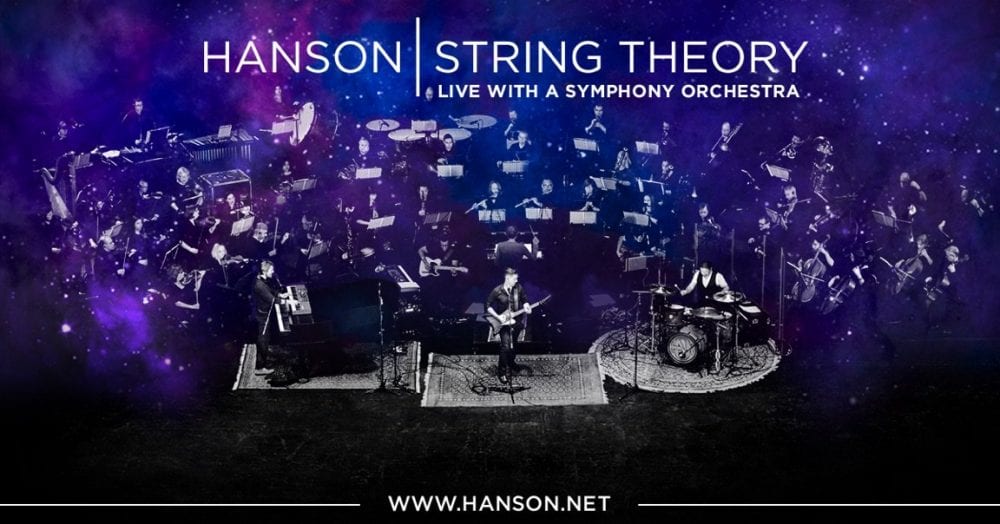