The pop-punk group Joyce Manor have announced Million Dollars to Kill Me, their fifth full-length effort set to drop this fall, along with a slew of tour dates across the country.

Million Dollars to Kill Me, which is due September 21, follows their latest LP, 2016’s Cody, and their break-through 2014 album, Never Hungover Again. Produced by Kurt Ballou, the 10-track record focuses on “love, money, doubt, confusion, and the hope that persists despite it all,” a press release states.

The trek will kick-off on October 9 in Woodstock, New York, and will make stops along the way in cities like New York, Boston, Philadelphia, Seattle, Chicago, and Portland. San Francisco, California will close out the tour on November 3, followed by a show with Jeff Rosenstock next January 19 in Los Angeles. Joyce Manor will be joined by Vundabar, Big Eyes, and Peach Kelli Pop on the road.

The group is best-known for hit tracks like “Constant Headache” off of their 2013 record S/T and “Heart Tattoo” and “”Falling In Love Again” from Never Hungover Again. 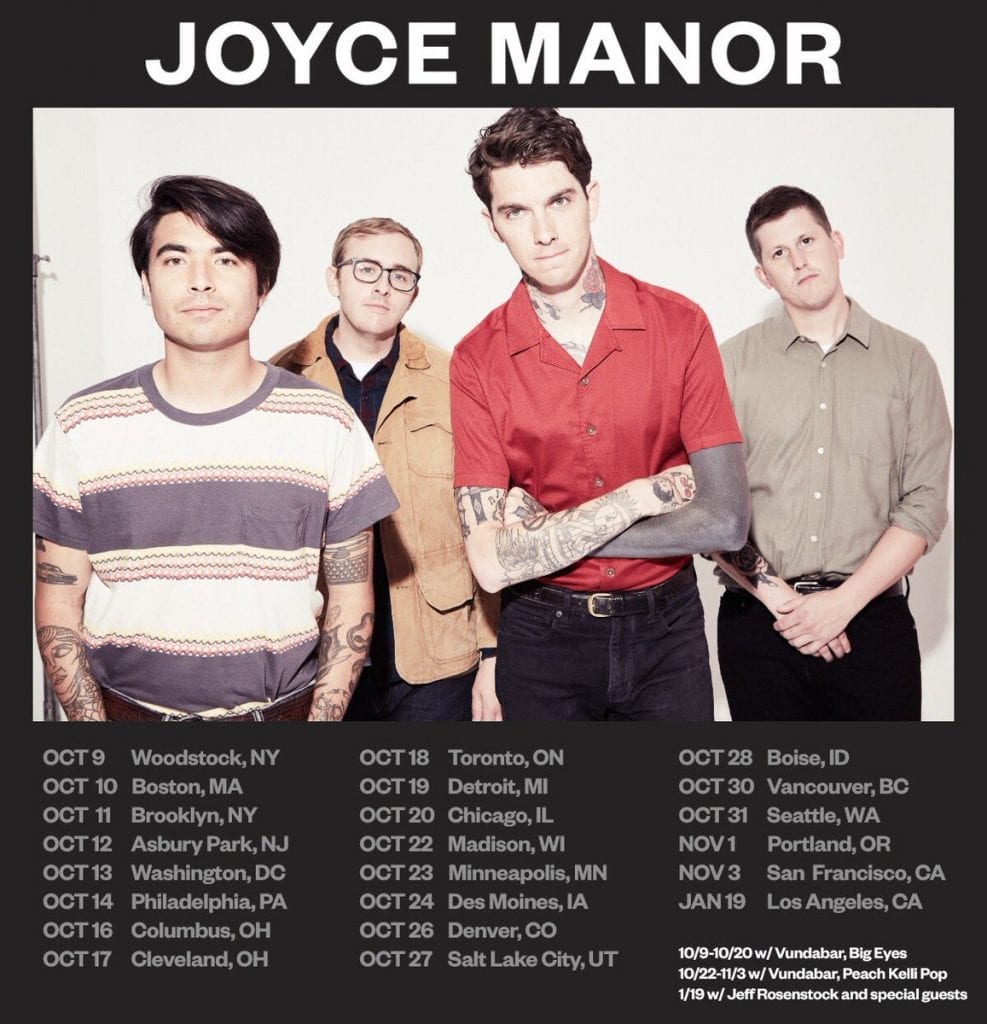