The country-rock star Kid Rock will head out to the Tennessee woods for the fourth year to celebrate his annual ‘Fish Fry’ festival.

This year’s fest is set to take place from Friday, October 5 to Saturday, October 6 at the Carl Black Chevy Woods Amphitheater at Fontanel. The venue is just outside of Nashville’s Whites Creek, where Rock owns more than 150 acres of land.

Each night, Rock will headline the show. George Thorogood and the Destroyers will also take the stage, with more acts to be announced in the coming months. Along with music, the festival will also feature carnival-themed games and rides like a Ferris Wheel, cornhole, and fireworks, along with beer, fried fish, and “other rock n roll hillbilly shenanigans.”

A new addition to the fest is the “General Lee” good slide competition. Concertgoers will have the chance to do their best Bo Duke impression and slide across the hood of a “General Lee” Dodge Charger replica from the ’79 TV show “The Dukes of Hazzard.” 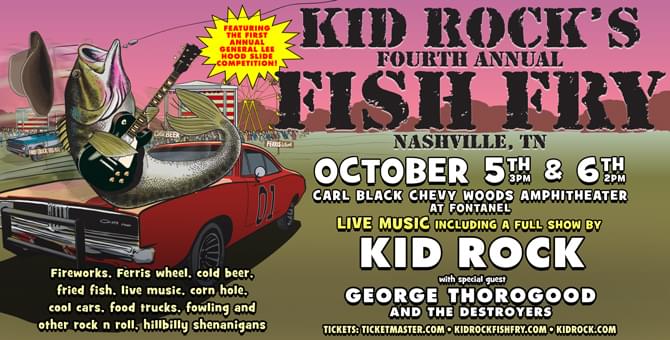 Currently, Rock is scheduled to play at Moondance Jam and Great Jones County Fair  before kicking-off his “Red Blooded Rock ‘n’ Roll Redneck Extravaganza” tour this August in Maine. He will stop in cities like Syracuse, Chicago, Indianapolis, Boston, Atlantic City, and Tampa before wrapping up in Laughlin, Nevada on November 10. Along the way, he will be joined by artists Brantley Gilbert, Wheeler Walker Jr. and A Thousand Horses, varying by date.

Rock is best-known for jams like the 2007 hit “All Summer Long” and 2001’s “Picture” featuring Sheryl Crow. He is touring in support of his latest record, Sweet Southern Sugar, which was released late last year.

Check out his full list of tour dates this year below and visit Ticket Club to find tickets to a show. 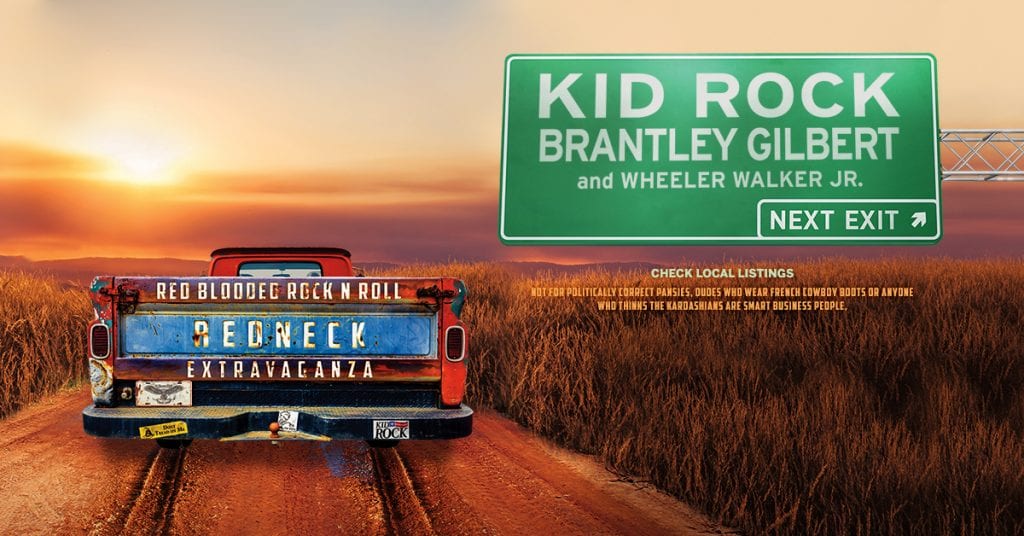