Rapper Mac Miller has returned to the music scene with a forthcoming LP and the announcement of a tour this fall across North America with Thundercat and the Atlanta rapper J.I.D.

The 26-date trek is set to kick-off on October 27 in San Francisco, California. They will make stops in cities like Denver, Houston, Orlando, Miami, Boston, New York, and Detroit before wrapping up in Vancouver, British Columbia on December 10.

Miller will be touring in support of his latest LP, Swimming, due August 3. So far, he has released singles “Small Worlds” and “Self Care,” which features John Mayer and Jon Brion. With the tour announcement, he dropped yet another track, “What’s The Use?”

Swimming follows Miller’s 2016 record The Divine Feminine and 2015’s GO:OD AM. Since his latest album, Miller has appeared on Thundercat’s “Hi” and “Cold Summer” by DJ Kay Slay. Earlier this year, he released tracks “Buttons” and “Programs.”

Check out the full list of tour dates below and visit Ticket Club to find tickets to a show this year. 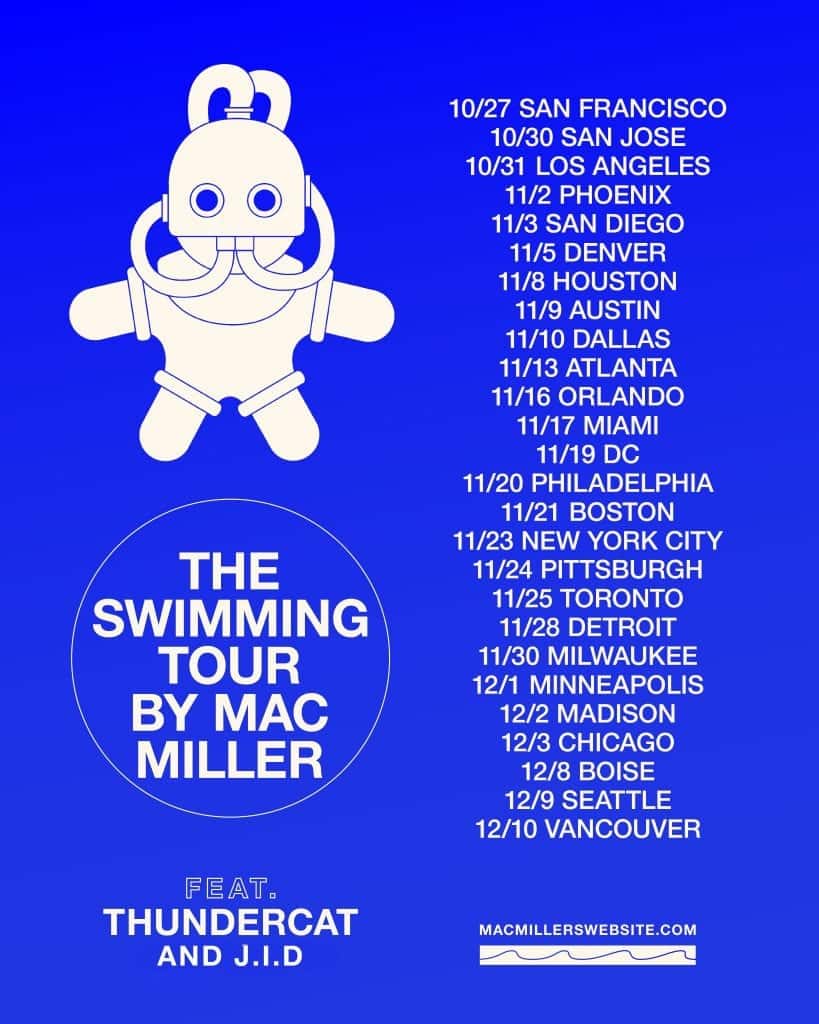