Nine Of 22 Upcoming Pusha T Shows Have Been Cancelled

Rapper Pusha T has announced the cancellation of almost half of the shows on his upcoming ‘Daytona Tour,’ and while rumors are flying around, he has not addressed the real reason for his cancellations.

The U.S. leg of the Daytona Tour was set to kick-off this Thursday, August 2, in Milwaukee, Wisconsin, in support of his latest record. However, according to a report from HHNM, Pusha T has cancelled dates in St. Louis, Grand Rapids, Cincinnati, Cleveland, Silver Spring, North Myrtle Beach, Charlotte, San Antonio, and Dallas. Fans shared pictures of  his tour dates on Ticketmaster which read “canceled” and tickets that now say “voided.” Tickets can be refunded at point of purchase. 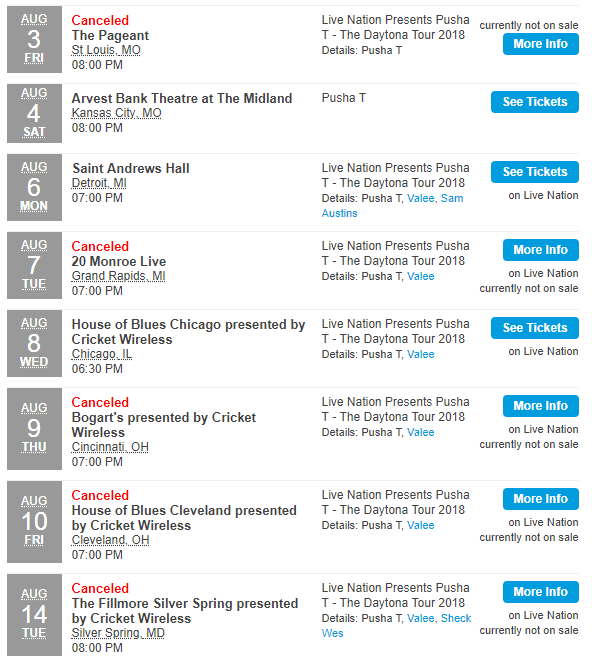 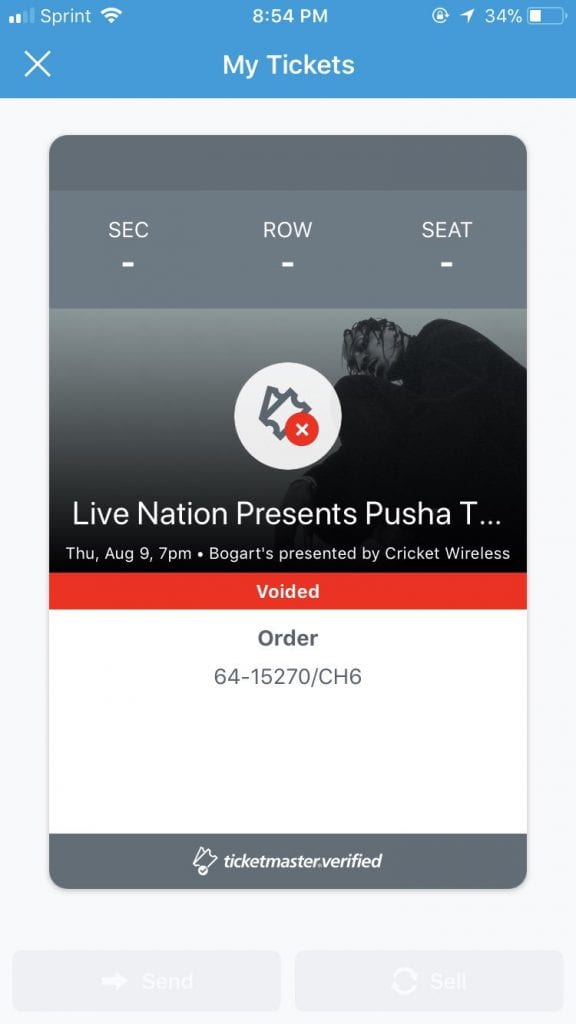 While Pusha T and his team have not released any reasoning behind the cancellation, there is an active Reddit thread where fans are weighing in. Since the rapper just got married, it’s possible that he wanted to get away with his new bride, but fans point out that he announced this tour well in advance of the wedding. Others assume that the cancellation could be because of poor ticket sales, noting that tickets to the Charlotte show were on Groupon for $25.

Fans also believe that the cancellation could have something to do with his recent beef with competitor Drake. MTO News claims that Drake fans have launched a “Pusha T boycott” after the rapper dropped a “diss track.”

Whether or not the ticket sales were dry, he’s off on his honeymoon, or Drake fans are boycotting the show, that means there are only a limited number of tickets left to see Pusha T on tour this year. Check out the cancelled and remaining tour dates below and visit Ticket Club to find tickets to a show.