After five years, the comedic rock duo Tenacious D is hitting the road again in support of their sequel to 2006’s The Pic of Destiny, which drops this October.

After Jack Black and Kyle Gass’s performance at Shaky Knees Music Festival in Atlanta, Georgia, Black announced that the group would not only be releasing a new record, but would appear at a number of shows later this year. The band played at Montebello Rockfest in Canada last month, and is due for a performance at California’s Cal Jam in October. Then, they will cross the country for a brief run this November and December.

The tour is slated to begin on November 3 in Brooklyn, New York and will make stops in Boston, Washington D.C., Philadelphia, Pittsburgh, Columbus, Detroit, and Chicago. Due to high demand, an additional date was added in Brooklyn and Chicago. Their West Coast shows include Vancouver, Seattle, and Portland before wrapping up the trek in Oakland, California on December 17. They will be joined on tour by Wynchester.

Their new record follows Rise Of The Fenix from 2012.

Check out the full rundown below and visit Ticket Club to find tickets to a show this year. 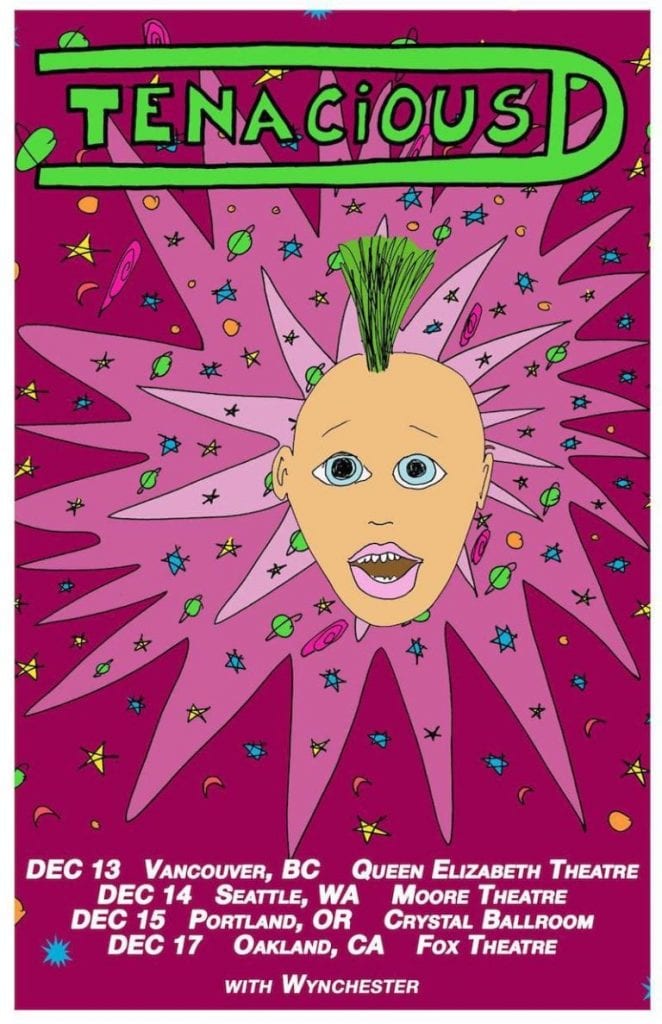