The annual Ticket Summit summer conference, which brings together industry leaders and small business owners within the ticketing and live event industries, is offering a limited-time low-price ticket option for the 2019 event.

This year’s conference, which took place at Caesars Palace on the Las Vegas Strip in July, broke the attendance record. For the first time in the history of the conference, more than 800 attendees made appearances, with overflow crowds at presentations and exhibitor spaces. Panels covered throughout the event included marketing, managing inventory, managing a brokerage, legislative issues, and college sports, among others.

The 2019 conference, presented by TicketNetwork and DTI Management, is set to be held at Las Vegas’ Bellagio from July 8-10, where its 2012 and 2013 iterations were held. Bellagio is best-known for features like its 4,000 guest rooms and 116,000 square feet of gaming space, along with notable restaurants like Le Cirque, Picasso, and Jasmine. The property, which has earned AAA’s Five Diamond Award 15 times, was also the setting for the 2001 film “Ocean’s Eleven.”

While no schedule has been released at this time for the conference, it is expected to follow a similar format from previous years – Monday’s networking cocktail reception will be followed by two full days of keynote speakers, panels, and workshops before a closing gala Wednesday night. The conference will include numerous networking opportunities, featuring several panel sessions from industry executives and a trade show.

“After a record-breaking year last year, we’re thrilled with how the response has been to our return to the Bellagio,” Allison Simoes, Executive Director of Ticket Summit, said. “We’re locking in another fantastic lineup of speakers and workshops, and those that haven’t already taken advantage of our early-bird pricing have just a couple days to do so before the price goes up.”

Currently, registration for Ticket Summit 2019 is available for $399. This ticket, which is an all-access pass for the three-day event, is the lowest price offered. Throughout the year leading up to the event, prices steadily increase. Registration is available online or by calling (860) 416-5767. 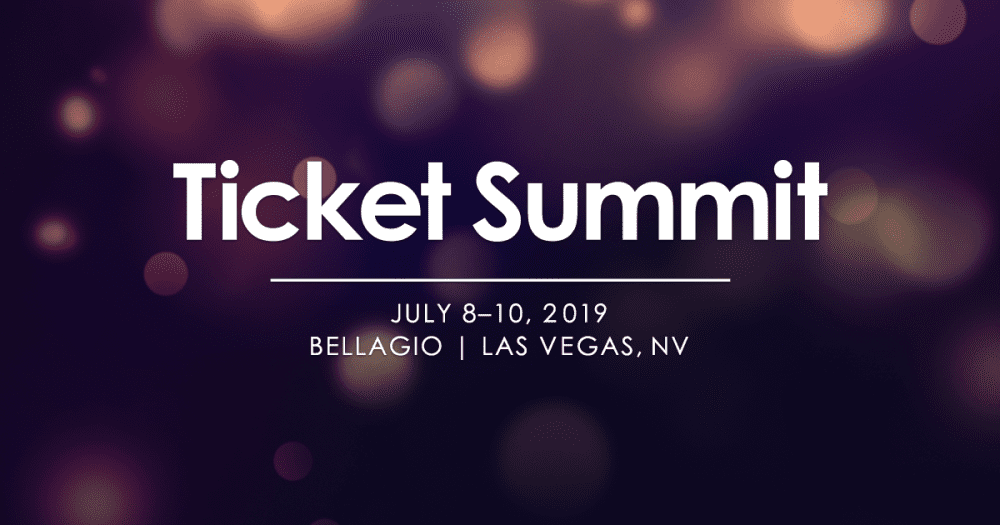