Twenty One Pilots have announced Max Frost and AWOLNATION as supporting acts for their upcoming tour in support of their fourth studio-album, Trench.

The tour announcement came this July after members Josh Dun and Tyler Joseph returned to the music scene for the first time in a year. Their short social media hiatus led to the release of singles “Jumpsuit” and “Nico and The Niners,” along with the announcement of Trench.

Today, it was confirmed that Texas-based singer Max Frost and the rock group AWOLNATION will join Dun and Joseph on The Bandito Tour. AWOLNATION, known for their smash-hit single “Sail” off of their 2011 debut, released their third studio-record earlier this year, Here Come The Runts. Frost also just released music; this month, he dropped singles “A$$hole (No Apologies),” “Good Morning,” and “Eleven Days.”

I told you guys something was coming… Thank you for your patience. We’re honored & proud to announce we’ll be joining @twentyonepilots & living in #TRENCH this fall on the #BanditoTour! Thank you @tylerrjoseph & @joshuadun for the opportunity, this is going to be epic! pic.twitter.com/ggcx7XwtXB

The Bandito Tour is set to kick-off on October 16 in Nashville, Tennessee and make stops in cities like Detroit, Houston, Phoenix, New York, Portland, and Denver. The North American trek will wrap-up in Kansas City, Missouri late November before the duo heads overseas for shows throughout Australia, New Zealand, and Europe.

“My Blood” and “Levitate” follow Twenty One Pilots’ previously released singles from Trench. The LP is due October 5.

Check out Twenty One Pilots’ tour dates below with AWOLNATION and Max Frost. 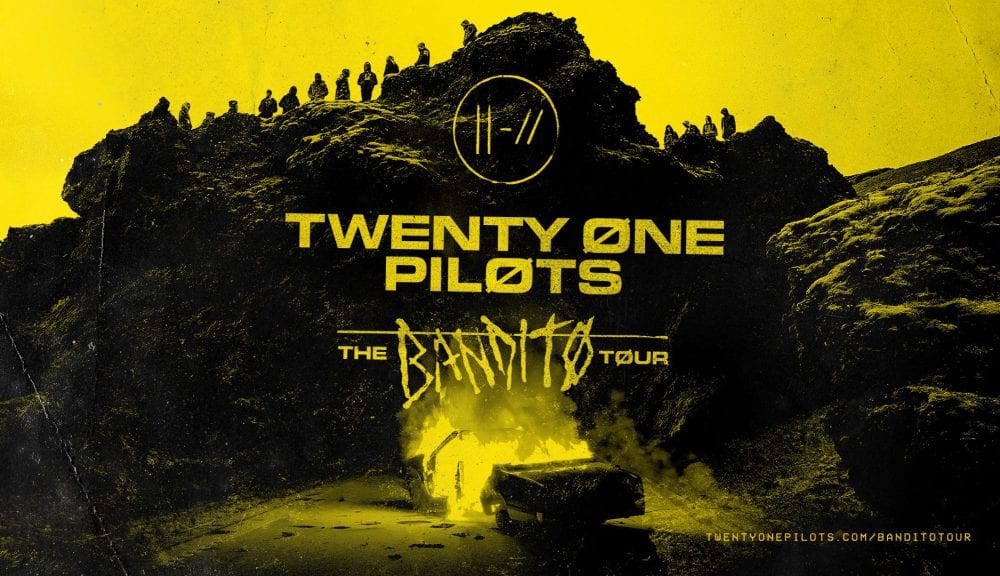 Twenty One Pilots The Bandito Tour 2018