50 Cent and Ja Rule have been feuding since the ’90s, and it’s not over yet — 50 Cent reportedly bought 200 tickets to Ja Rule’s show just so the crowd would be empty.

According to Billboard, 50 Cent posted on his Instagram that he bought 200 tickets to Ja Rule’s upcoming concert on November 9 in Arlington, Texas. However, the tickets weren’t to see the show – he wanted to make sure the front row seats were unoccupied. 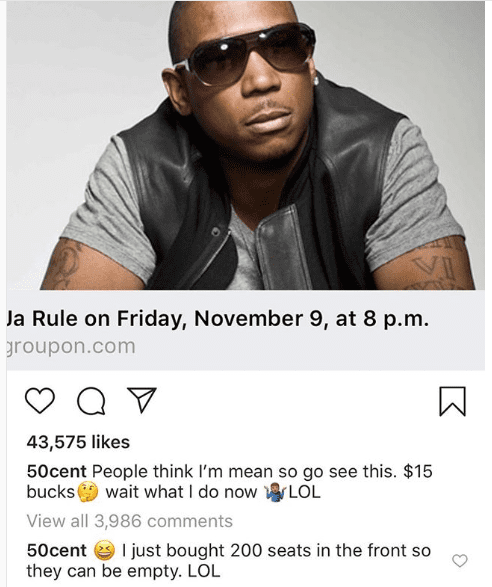 Page Six noted that the tickets, which totaled at least $3,000, were bought on Groupon.

Artists like Snoop Dog and Van Lathan commented, telling 50 Cent to “stop it” and “let [Ja Rule] live,” but the rapper continued with “I’m the judge of when enough is enough, suckers don’t deserve mercy. I have no sympathy, I’m fresh out of empathy.” 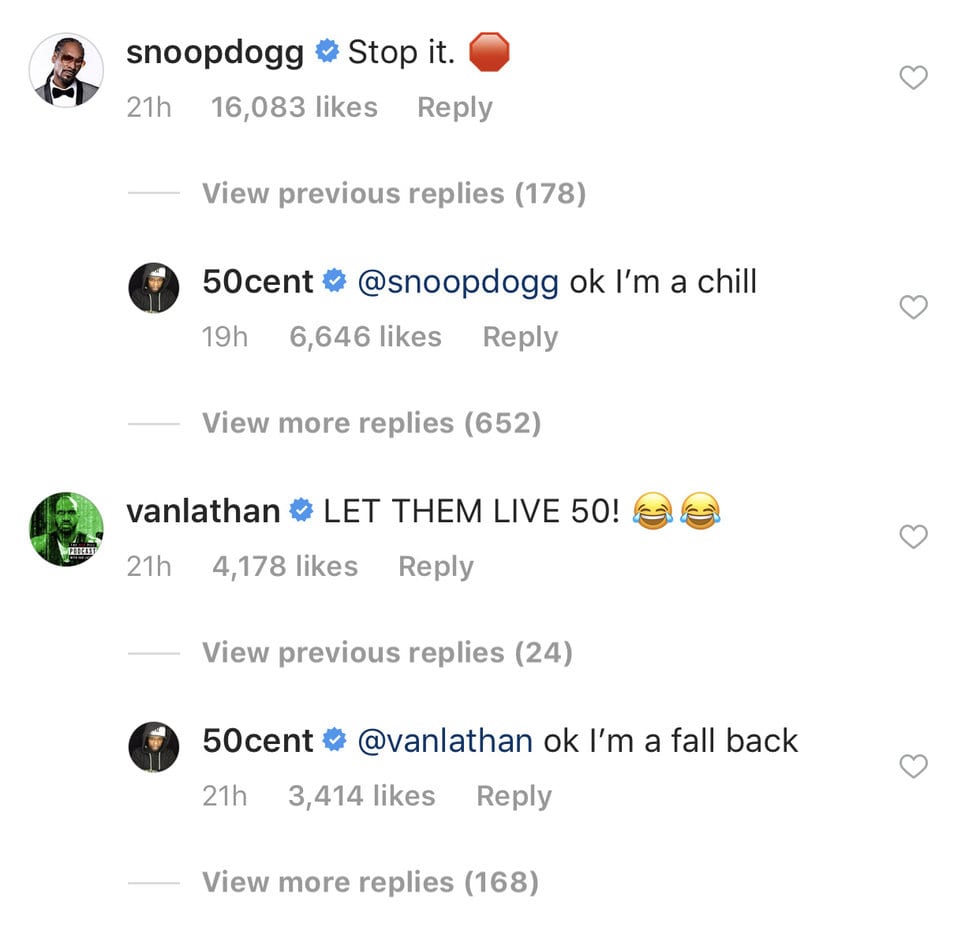 In addition to the post about buying the tickets, 50 Cent also posted pictures of empty seats with himself photoshopped in.

While Ja Rule hasn’t released a statement on the matter, he took to Twitter, seeming unfazed.

This isn’t 50 Cent’s first time throwing shade at others artists either; the rapper recently bashed Ashanti for only selling 24 tickets to a show, although it was reported that the low ticket sales were due to the school’s poor marketing and promotion prior to the last-minute gig.