The Los Angeles Chargers’ new stadium in Inglewood, California is set to open in 2020, and today, the team announced ticket and stadium seat license prices.

General seating prices for over 26,000 tickets start at $50 and range to $150 per seat, per game, while stadium seat licenses (SSLs) start at $100 and reach $3,000. Season tickets, which make up about 75 percent of the stadium, will open to the current Chargers Season Ticket Members next week and then will be open to Chargers Wait List Members.

View the prices below, via the Chargers: 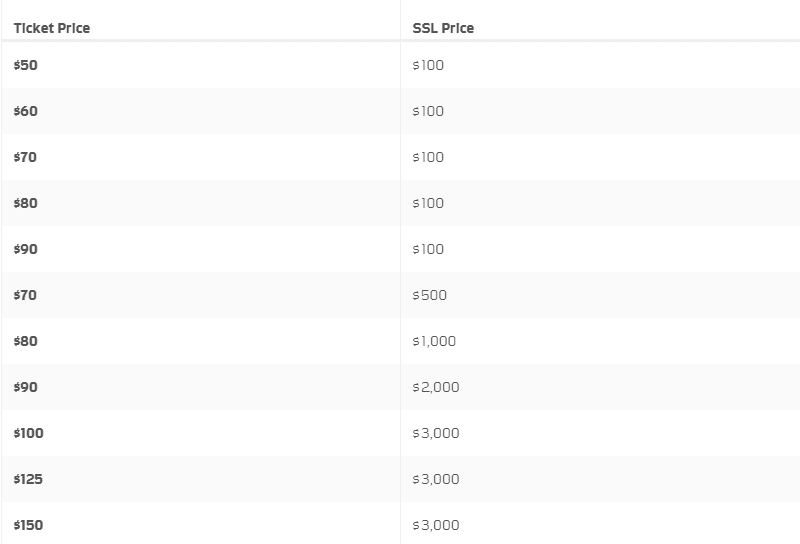 Chargers President of Business Operations, A.G. Spanos, said that the team is excited that every seat in the stadium is finally on sale, noting that the pricing process has been made “with the fan in mind” and believes the pricing reflects that effort.

“When you look at the pricing levels for general seating, you can confidently say there is a season ticket opportunity for just about everyone,” Spanos said. “I think this model also reflects our view that it’s not just about pricing for one person. A family of four should be able to buy season tickets for the entire family and not need a second mortgage to do so.”

The 70,000-seat stadium will be located just three miles from LAX and will be the first-ever open-air stadium, allowing a clear view of the sky. It is said to be the most costly NFL facility ever built, clocking in at over $2 billion. After its completion, the 3 million square foot venue is set to host the 2022 Super Bowl.