Debbie Gibson1 Naughty By Nature1 New Kids on the Block19 NKOTB2 Salt-N-Pepa3 Tiffany1
The powerhouse boyband New Kids On The Block, who just celebrated their 30th anniversary, announced an upcoming tour with some iconic acts. The MixTape...

The powerhouse boyband New Kids On The Block, who just celebrated their 30th anniversary, announced an upcoming tour with some iconic acts.

The MixTape Tour will kick-off on May 2, 2019 in Cincinnati, Ohio, and will make stops in cities like Nashville, New Orleans, San Antonio, Los Angeles, Philadelphia and Boston. Hollywood, Florida will close out the jaunt on July 14. The tour includes NKOTB’s Donnie Wahlberg, Jordan Knight, Jonathan Knight, Joey McIntyre, and Danny Wood, along with opening guests Salt-N-Pepa, Tiffany, Debbie Gibson, and Naughty By Nature.

NKOTB made the announcement after a special performance at the Apollo Theater in Harlem. The group was celebrating the 30th anniversary of their breakout record Hangin’ Tough from 1998, making the show the first time they had appeared at the venue in 30 years. While there, they debuted “80’s Baby,” which features all acts on The Mixtape Tour.

Then, on Monday, they appeared on TODAY.

“We’re creating a mixtape on tour every night in every city,” Wahlberg said during the show. “It’s going to be fun, happiness, emotions, tears, joy, love, most of all.”

NKOTB haven’t released a record since 2013’s 10. The band confirmed that they will release a special anniversary re-issue of Hangin’ Tough in 2019, along with new music. Hangin’ Tough features some of NKOTB’s best hits like “You Got It (The Right Stuff)” and “I’ll Be Loving You (forever).”

Visit Ticket Club to see NKOTB on tour in 2019 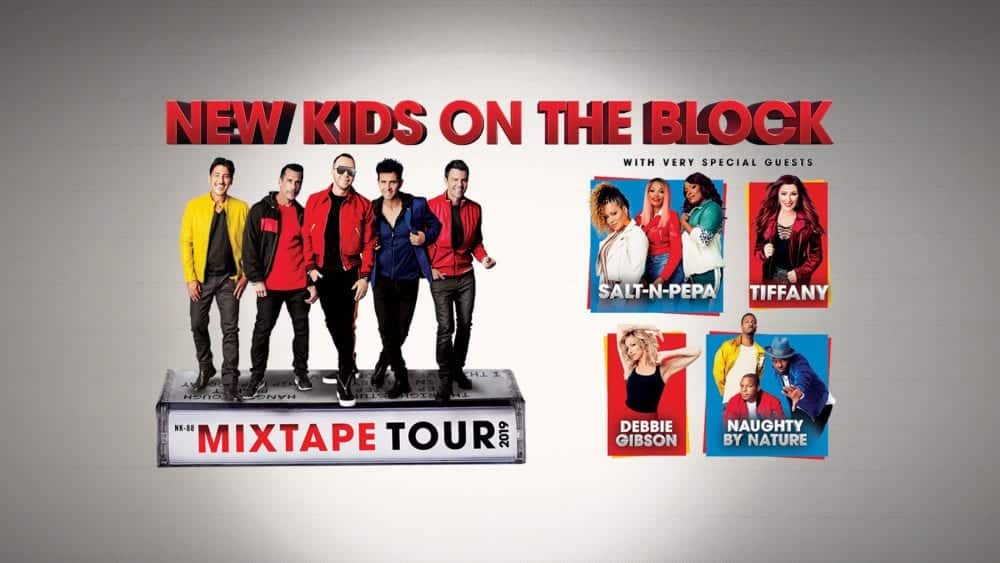 New Kids On The Block ‘The Mixtape Tour’ 2019 Dates