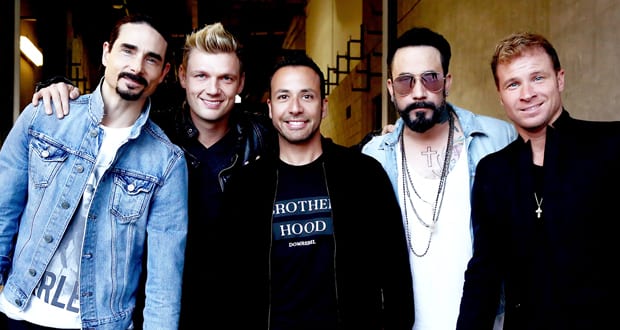 Backstreet Boys are back with the announcement of their biggest tour in 18 years, set to make 70 stops around the globe, in support of their 10th studio album.

Fans have been awaiting an announcement from the boyband since they returned to the music scene this past May, hinting at an album on the horizon. The group released their first single in five years, “Don’t Go Breaking My Heart,” and within the hour, the song was the number one trending topic on Twitter worldwide. Now, following dates on their Las Vegas Residency, the group will hit the road once again.

The trek is set to kick-off in Lisbon, Portugal on May 11, followed by dates throughout Europe, In July, they will start a North American leg in Washington, D.C., hitting cities like Winnipeg, Sacramento, Salt Lake city, New York, Atlanta, and Nashville. The jaunt will close in Newark, New Jersey mid-September.

“The journey is ongoing with us and there is so much left to do,” member Brian Littrell said in a statement. “We’re living the next chapter that hasn’t been told yet, and that’s exciting.”

Bandmate Howie D noted that throughout their 26-year career, they have dealt with low and high points, but in the end, they’ve learned “it wasn’t about us as individuals but about what’s best for the group.”

Their 10th studio album, DNA, drops January 25, 2019. The LP, set to feature “Don’t Go Breaking My Heart” and the new track “Chances,” will follow 2013’s In A World Like This. The group is best-known for smash hits like Millenium‘s “Larger Than Life” and “I Want It That Way,” as well as the 1997 track “Everybody (Backstreet’s Back).” However, they’re ready to add more music to the mix.

“I want to create new memories,” Littrell told People. “We’ve been singing the same songs for almost 25 years. It’s not that we’re not excited to sing our old hits, but we want to grow, too. We don’t want to be stuck in what was. We want to continue to grow with our fans.”

Tickets to the DNA World Tour go on sale November 14 and each ticket comes with a copy of DNA. Check out the full list of tour dates below.