The metalheads of Iron Maiden have revealed a new round of North American dates on their “Legacy of the Beast Tour,” set to hit the U.S. and Canada next summer.

Sunrise, Florida will kick-off the trek on July 18, followed by shows in cities like Charlotte, Brooklyn, Toronto, Pittsburgh, Calgary, Oakland, and Las Vegas. San Antonio, Texas will close-out the run on September 25. Throughout the jaunt, they will be joined by special guest The Raven Age.

“We’re excited to return to North America and share the ‘Legacy Of The Beast Tour’ with all our friends there,” singer Bruce Dickinson said. “We’re immensely proud of this show and we’ve had great reactions from the many fans who came to see us in Europe earlier this year.”

Dickinson explained that this production is based off their mobile game, The Legacy of the Beast, which takes the character Eddie through various Maiden Worlds. He said the game inspired the group to put together a show “to take our fans through different worlds and experiences set to appropriate songs.”

“We gave a lot of thought to the set list for this Tour as the songs needed to follow the narrative of the changing worlds of the stage show,” bassist Steve Harris said.

While the setlist will include songs the group hasn’t played in years like “Flight of Icarus” and “Sign of The Cross,” it will also feature fan-favorite hits like “The Trooper,” “The Number of The Beast,” and “Run to The Hills.” He said that the band feels like they ended up with a “very strong and well balanced set” that reflects different themes throughout the show. 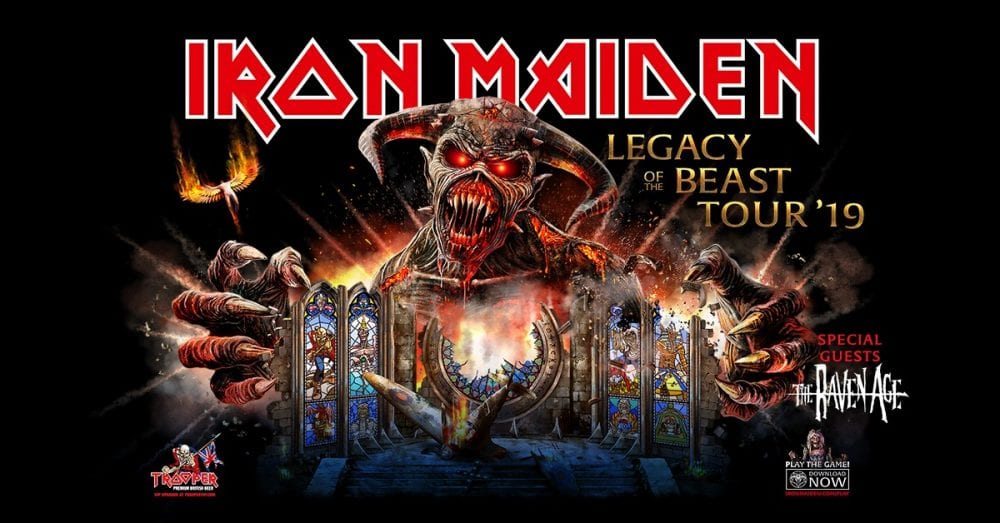