The punk-rock group SWMRS announced details of their sophomore record, along with a string of tour dates through 2019.

Since their debut LP Drive North, the Oakland-based group have made a name for themselves in the music scene, opening for acts like Blink-182, All Time Low, and even the band fronted by drummer Joey Armstrong’s dad, Green Day. Their first record was released independently before the band signed with Fueled By Ramen.

Their latest work, Berkeley’s On Fire, is due February 15, 2019. So far, the title track and “April In Houston” have been released from the album, offering a different twist on the group’s original loud, punk sound. Co-frontman Cole Becker explained that the songs were created for “people to escape from the nonstop negative media cycle.”

“It’s a strange time to be young; our generation knows the duality of feeling like an unstoppable force for change in one moment and a powerless wreck in the next,” Becker said in a press release. “We wanted these songs to document that feeling that we’ve observed closely in ourselves and in the people we’ve shared our music with over the past three years.”

The record is inspired by the band’s favorite records and artists like Rage Against the Machine, Breeders, and De La Soul. Becker said the group always likes to “make something brand new within the genre of rock,” and after months “deconstructing themselves,” a new sound emerged.

In support of their second release, SWMRS will head out on a string of tour dates throughout Europe and the UK, kicking things off in Barcelona, Spain in February 2019. Throughout the brief run, they’ll hit Vienna, Paris, Amsterdam, and Manchester before wrapping-up in London on March 16. They are also due to perform at The Front Bottoms’ Champagne Jam in Ashbury Park, New Jersey on December 16. 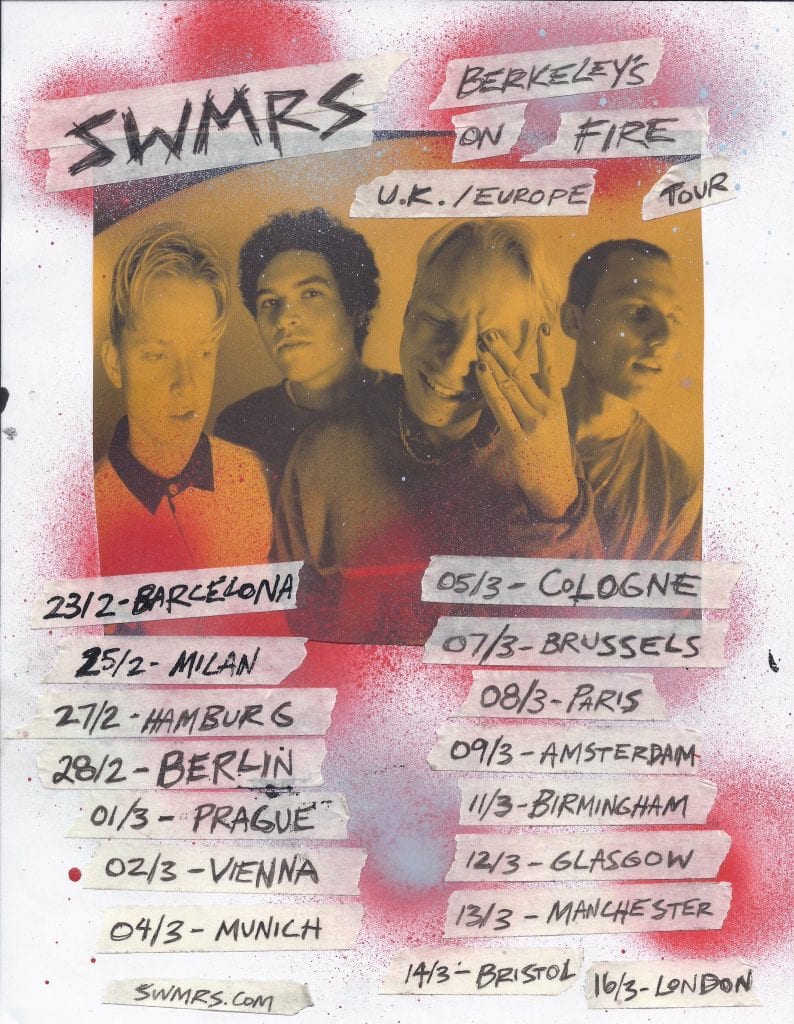