6ix9ine6 Concert cancellation165 Show Cancelled132 Tekashi 6ix9ine6 Tour31
The controversial rapper Tekashi 6ix9ine was slated to perform a show in Mesquite, Texas this weekend, but the venue cancelled the gig after residents... 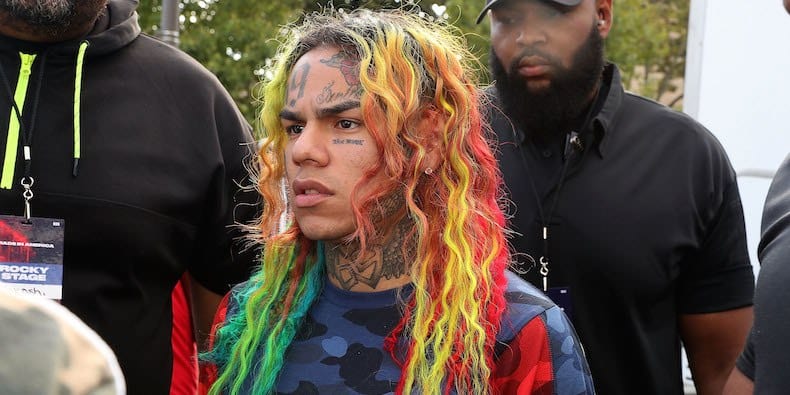 The controversial rapper Tekashi 6ix9ine was slated to perform a show in Mesquite, Texas this weekend, but the venue cancelled the gig after residents reached out, expressing concern.

While the venue, The Mesquite Rodeo, did not officially have a reason for cancelling the show, a Mesquite council member told The Observer that local residents’ concerns may have led to the cancellation.

“Residents contacted me about reading news reports that the performer was sentenced to a four-year probation for a conviction stemming from the use of a child in a sexual performance,” Archer told The Observer via email. “There was also a reported shooting which occurred at his celebration following the probation sentencing.

“Additionally, the performer is also dealing with other criminal cases, including one in Houston for allegedly choking a boy and another in Brooklyn, New York, for allegedly assaulting a police officer. These are serious crimes and allegations. I felt the arena ownership needed to be aware of his record and the residents’ concerns with him performing in Mesquite.”

On Wednesday, Tekashi pleaded guilty to a disorderly conduct charge in connection to an assault on a police officer, and as part of the plea, the rapper was sentenced to one-year probation. Since he accepted the plea, prosecutors threw out the assault charge he was facing for grabbing the hand of a Brooklyn police officer when he was arrested this past May.

Additionally, Tekashi was sentenced to four years probation late last month for admitting that he used a 13-year-old child in a sexual performance. He was given 1,000 hours of community service and told to avoid gang activity, as well as additional criminal activity.

He’s has made headlines lately after his music video was interrupted by a drive-by and a man associated with his management group was arrested for robbing the rapper during a video shoot this summer. He also reportedly fired his entire crew, including his manager, booking agent, and publicist, and said the rest of his North America tour is over.