Train and Goo Goo Dolls will head out on a co-headlining amphitheater U.S. tour next summer.

The 39-date trek will kick-off in Auburn, Washington on June 7 and continue with shows in cities like Phoenix, Kansas City, Dallas, Charlotte, Nashville, and Scranton. They will also make stops in smaller towns like Bethel (New York), Canadaigua (New York), Ridgefield (Washington), and Gilford (New Hampshire), before wrapping-up in Mansfield, Massachusetts on August 17.

Allen Stone will open the show. Check out the announcement video below, which is a spin on a usual cooking video:

To celebrate, we threw together only the best ingredients to cook up the best Summer Tour for you! See you next year with the @googoodolls and special guest @allen_stone! Just watch to see the recipe come together?‍? pic.twitter.com/AYvyPtIedH

On the same day as the announcement, Train dropped their first compilation album, Greatest Hits. The LP features tracks like “Drops of Jupiter,” “Hey, Soul Sister,” and “Marry Me.” The band’s most recent record is 2017’s a girl a bottle a boat, followed by the 2017 holiday album Christmas in Tahoe. Earlier this year, Train dropped the song “Call Me Sir” with Cam and Travie McCoy.

Goo Goo Dolls released a live album this summer, The Audience Is This Way, which is their first release since 2016’s Boxes. The group also just finished up a tour in honor of the 20th anniversary of their 1998 multi-platinum hit album, Dizzy Up The Girl. During the trek, Goo Goo Dolls played songs from Dizzy for a portion of the show – like smash-hits “Iris” and “Slide” – followed by other popular tunes through the years. 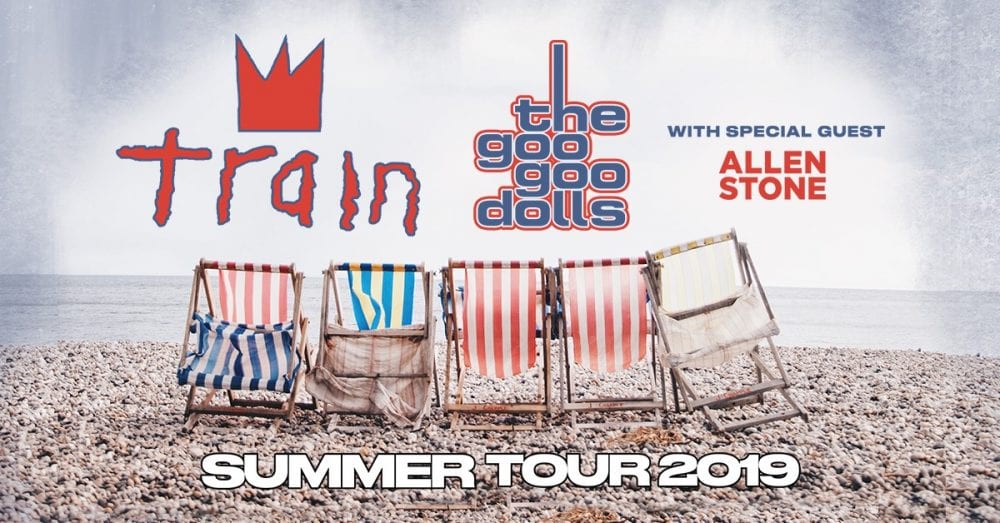