“Andy’s Beach Club World Tour” kicks-off in San Francisco, California on February 11, followed by gigs in cities like Atlanta, Boston, Washington, D.C., and Charlotte. After wrapping-up in Toronto, Ontario on February 26, he will head overseas for a round of shows across Europe. Paak will be joined by The Free Nationals on all dates.

Oxnard, Paak’s most recent record, dropped November 16 and features singles “Who R U?” and “Tints,” featuring Kendrick Lamar. The LP comes after 2016’s Yes Lawd! and Malibu. Over the weekend, Paak was joined by Lamar for his Saturday Night Live debut, where the duo performed “Tints.”

“Still high off this moment, one of our biggest dreams was to play the snl stage,” Paak said in a tweet.

Visit Ticket Club to find tickets to see Anderson .Paak on tour in 2019 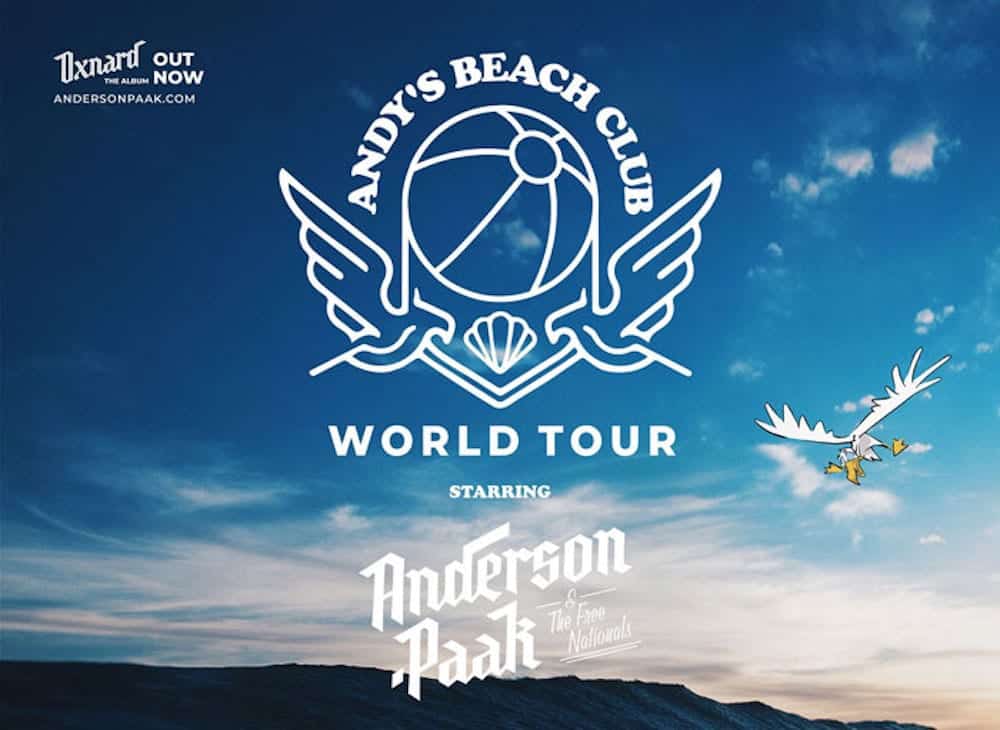