The legendary Beatles member Paul McCartney has announced a stop at Green Bay Packers’ Lambeau Field next year while on his “Freshen Up Tour.”

The concert is set to take place on June 8, 2019, and will be the fourth major concert in Lambeau’s history. According to Jason Wright, president of Live Nation Chicago, the concert capacity will be similar to Billy Joel’s 2017 show – about 45,000. He said depending on the size of the stage and other elements within the production, that number could fluctuate.

Although McCartney is playing a gig at the Kohl Center in Madison just two days beforehand, this will be his first time in Green Bay. The show at Lambeau will also be very different than the Madison concert, with production set-up beginning as early as June 3.

Murphy, who said he expects McCartney to be spectacular, estimates that the concert will generate a $6 million economic impact for the community.

“I grew up listening to Paul as a Beatle, with Wings, as a solo artist, ” Murphy said. “He spans so many generations. It’s really really exciting.”

McCartney is currently on his “Freshen Up Tour” in support of his latest record, Egypt Station. His next shows are in Austria and the UK this month. Then, he will take a short break through May 2019, where he will pick-up his tour again in the states, making stops in North and South Carolina, Kentucky, and Illinois. 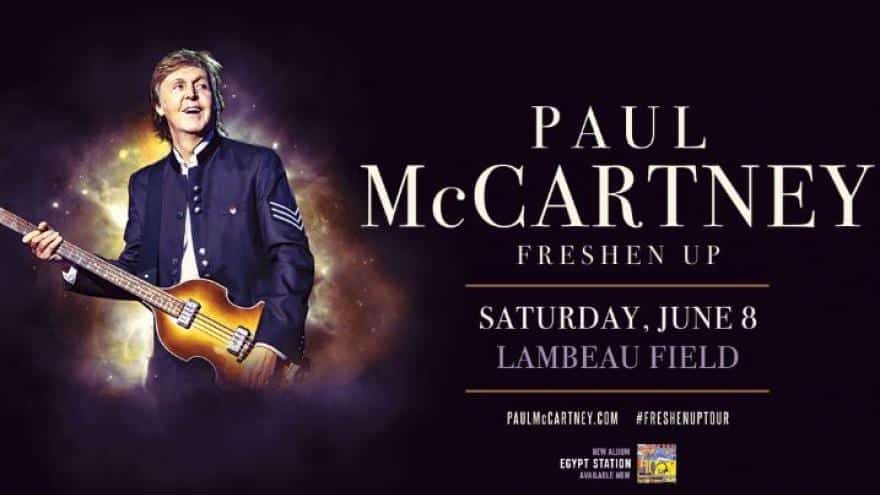