The world’s largest hip-hop festival, Rolling Loud, has announced the three-day lineup for its fifth anniversary.

Rolling Loud will take place on May 10 through 12 at the Hard Rock Stadium in Miami, Florida. Friday night’s show will be headlined by the rap trio Migos, who dropped Culture II in 2018. Other acts set to perform throughout the day include Rae Sremmurd, Rick Ross, Juice Wrld, Lil Yachty, Trippie Redd, and Rick The Kid. Cardi B is also slated to take the stage; the rapper garnered success this past year with her debut studio album Invasion of Privacy.

Kid Cudi will round-out the weekend with a set on Sunday night; last year, he was featured on Kids See Ghosts’ self-titled album with Kanye West. Cudi will be joined by Lil Uzi Vert, Lil Pump, Playboi Carti, Gucci Mane, Tyga, Kevin Gates, and Lil Skies. DMX will make an appearance, following his release from prison this past Friday, along with Wiz Khalifa and Curren$y, who are set to perform their joint-album, 2009.

This is Rolling Loud’s fifth festival, which also hosts events in Northern and Southern California. Throughout the next few years, the fest plans to expand internationally, holding festivals in Japan, China, and Europe. In the past, Rolling Loud has featured artists like Kendrick Lamar, J. Cole, Future, A$AP Rocky, and Post Malone.

Check out the full 2019 lineup below. 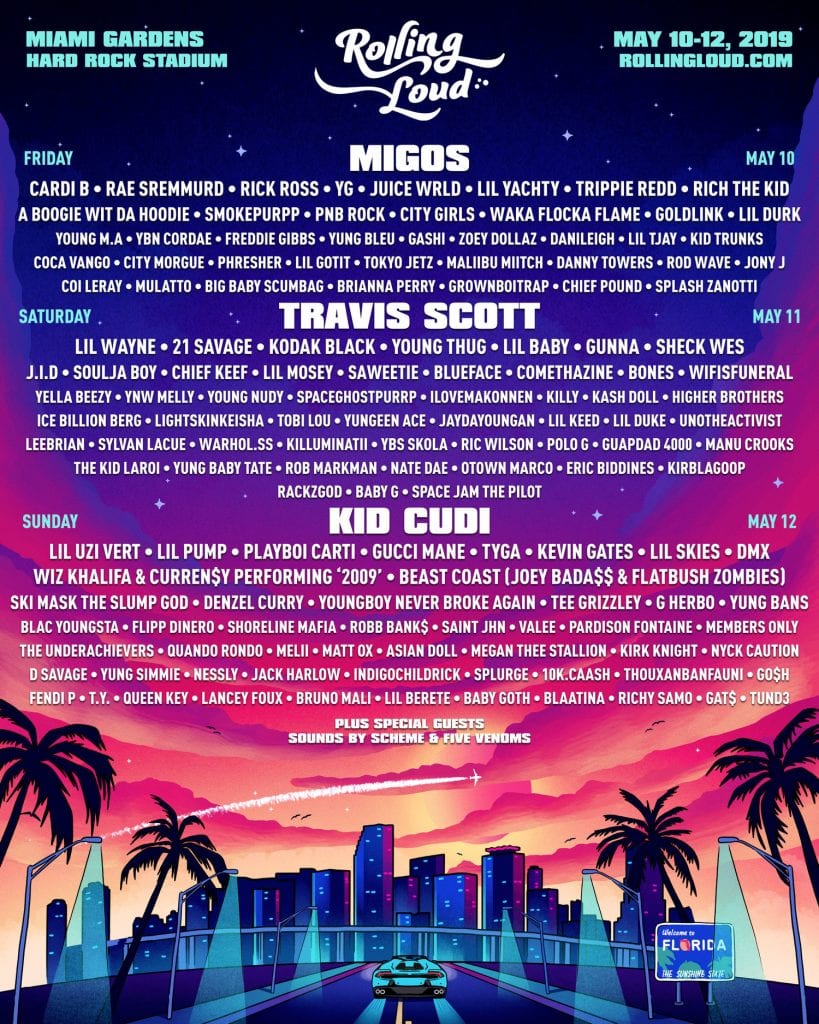