Phish, Post Malone, and Childish Gambino are among the headlining acts at Tennessee’s 2019 Bonnaroo Music and Arts Festival.

The 18th annual festival, set to take place in Manchester from June 13 to 16, will also feature A-list artists like Cardi B, Solange, The Avett Brothers, the Lumineers, Kacey Musgraves, and My Morning Jacket’s Jim James. Thursday night will kick-off the festivities with a performance by the Grand Ole Opry with special guests, as well as rising acts like Magic City Hippies and All Them Witches.

Phish will round-out the show on Sunday for their second and third set. Indie-rockers of The Lumineers will also perform on the final day, along with Walk The Moon, Mac DeMarco, The Lemon Twigs, and Hobo Johnson & The Lovemakers. Cardi B, who’s also slated to perform at a variety of festivals throughout the summer, will take the stage alongside acts Brandi Carlile, Illenium, and King Princess.

EDM, while the smallest represented genre, will also make its presence; well-known artists Odesza, Griz,  and ZHU will perform throughout the weekend, as well as up-and-coming DJs like CID, Space Jesus, Ducky, Eprom, Memba, and DJ Mel.

Aside from the music, Bonnaroo offers activities like yoga, painting, art installations, and a variety of food vendors. Additionally, the fest will host their first annual 5k, as well as their first “Sanctuary of Self-Love” campground experience curated by Hayley Williams of Paramore.

Check out the official tour poster and ‘The Bonnaroo Experience’ below. 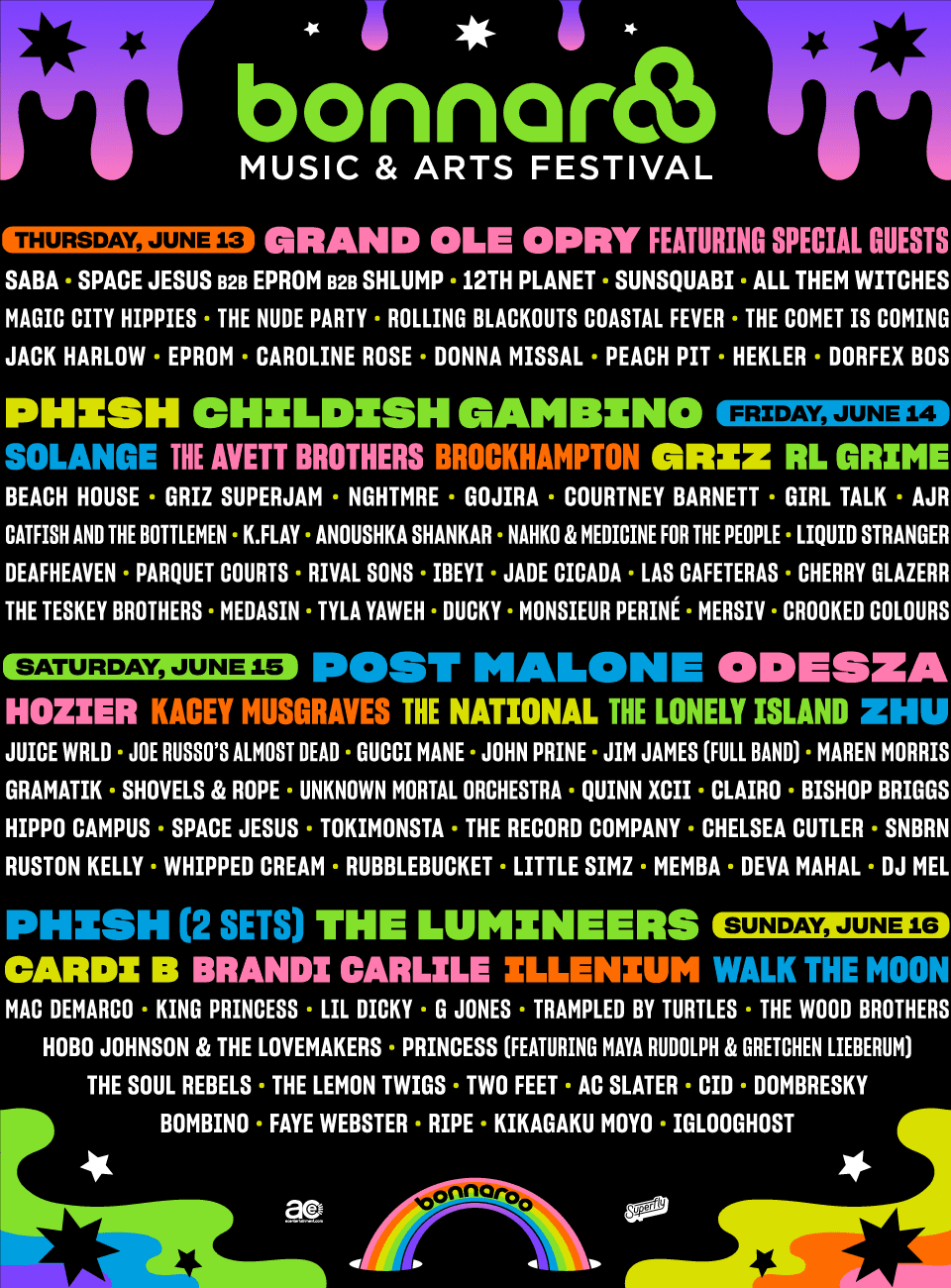