The Indianapolis 500 has officially announced its headliners for the 2019 Snake Pit concert on race day.

Skrillex, the eight-time Grammy Award winning DJ, will return to the Snake Pit, offering an encore performance following his 2016 gig at the 100th edition of the Indy 500. Since his appearance a few years ago, the DJ has released a string of singles, including his most recent track, the remix version of Travis Scott’s “Sicko Mode.” The Swedish producer Alesso will also take the stage, along with Illenium and Chris Lake.

The Snake Pit, which is expected to bring in a crowd of nearly 30,000 fans, is the last concert leading up to the Indy 500 on May 26. It was previously announced that Foreigner will headline the annual Carb Day concert on May 24 and Zac Brown Band will perform at the Legends Day concert on May 25. Skrillex, Alesso, Illenium, and Chris Lake will perform on Race Day morning, gearing fans up for the event, set to begin at 12:19 p.m.

Anyone with an Indy 500 ticket can enter the Snake Pit, which begins at 7 a.m. and is open to attendees 18 and older.

This year’s Indy 500 ticket was also just revealed; as a tradition, the previous year’s winner is featured on the face of the ticket. The 2018 winner Will Power is the lead image on the ticket design. Check it out below: 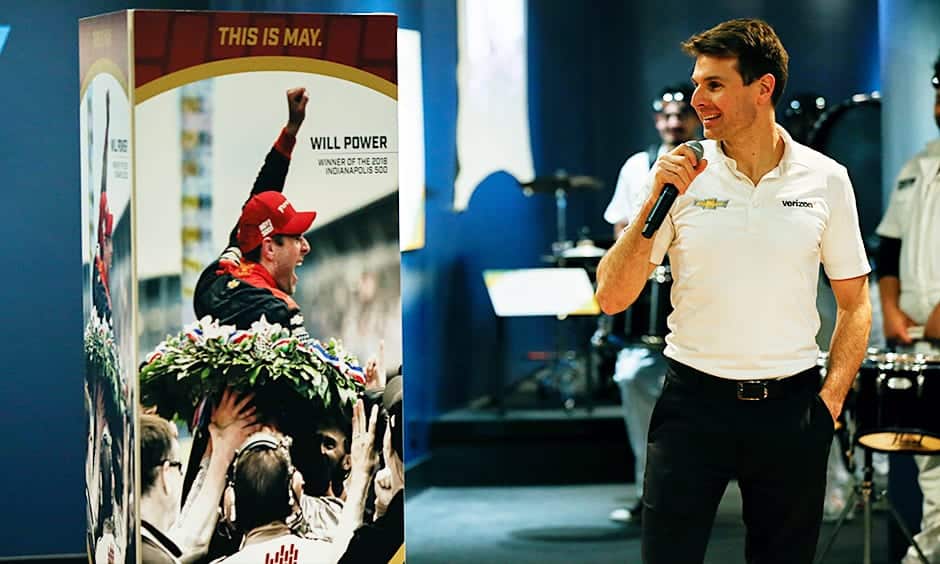